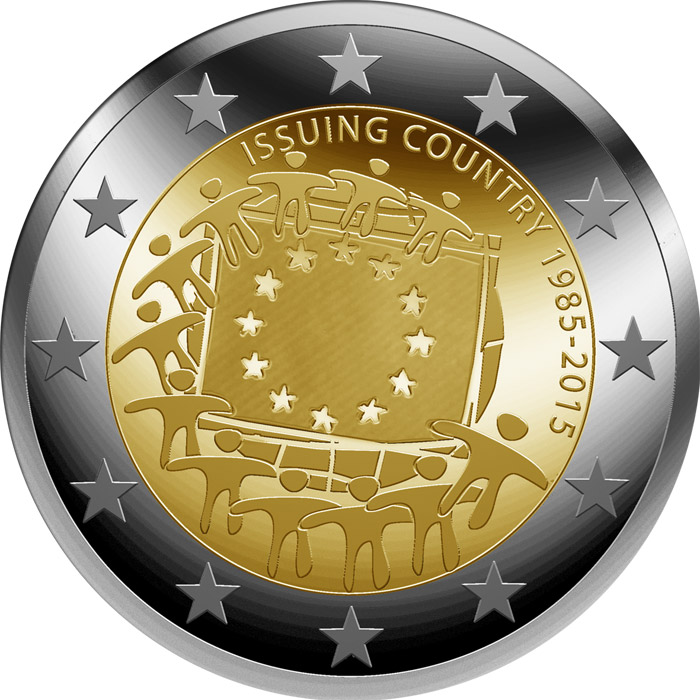 In July 2015, the nine-teen euro-area countries will jointly issue a commemorative euro coin to celebrate 30 years of the EU flag. Regardless of which country issues the coin, it will bear the same design on the national side, normally reserved for a motif specific to that country.
This is the fourth time the euro-area members have decided to collectively issue a commemorative coin: The first was in 2007 to celebrate the 50th anniversary of the Treaty of Rome, the second time was in 2009 when sixteen countries commemorated 10 years of the EMU and the third time in 2012 to mark 10 years of euro cash.
Euro-area citizens and residents were invited to select the winning design by public web-voting until 27 May 2015. The winning design, with 30% of the online vote, was by the hand of Georgios Stamatopoulos from the Bank Of Greece.