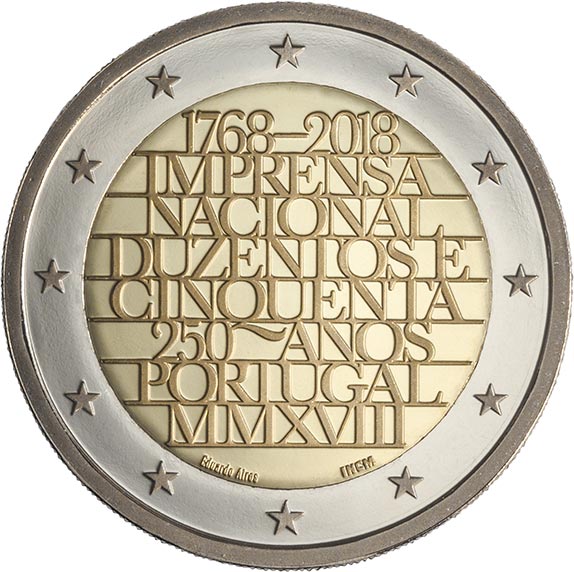 “The aim of this establishment is to promote the arts and to create a printing press whose productions are of use to the general public.” This was the text of the charter dated 24 December 1768, drafted by the Marquis of Pombal and signed by King José, which founded the Royal Press or Royal Typographic Office, which would later (in 1833) become known as the Official Printing Office. From the reign of Queen Maria I onwards, the Official Printing Office took on responsibilities for publishing the Lisbon Gazette, predecessor to the modern day Diário da República, the country's official journal that is currently published and made available electronically as a free and universal access public service, providing information about acts governing the life of Portuguese society. To mark the public publisher’s 250 years of history at the service of citizens and Portuguese language and culture, a commemorative circulation coin created by designer Eduardo Aires has been minted.