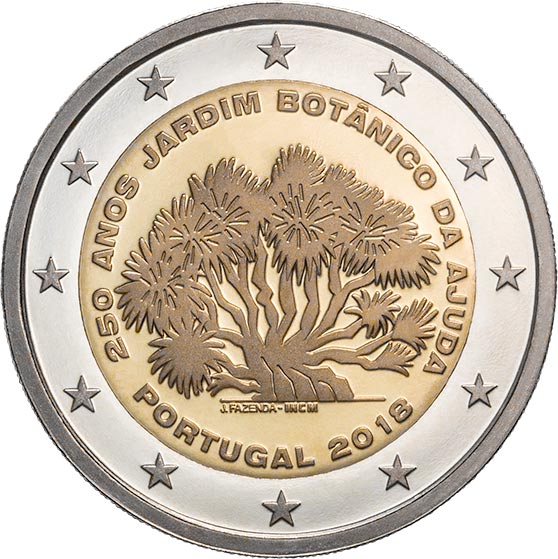 Ajuda Botanical Garden (JBA), a Technological Support Unit, belongs to ISA since 1910, attached as an infrastructure for education and research. It was established in 1768, being designed by an Italian botanist, Domingos Vandelli, from Padua, and summoned by King Joseph to teach the royal princes. Regardless of Lisbon being spread around with several greenhouses nursing species from Africa, Asia and Americas, JBA is the first botanical garden in Portugal projected to preserve, study and collect the most possible species from the plant world. It had, at one time, around 5000 species laid out according to Linnnaeus, Vandelli's master, proposed Systema Sexuale classification.
With an area of 35000 sq. meters, across two beds with a vertical variance of 6,8 meters, its design follows renaissance models of terraces spread across slopes, with three basic components: carved rock, plants and fountains and ponds. However, the existing decoration is, noticeably, from the Baroque period (namely the central fountain and side and central stairways). The garden has two types of utilization: the upper level is where all plants are classified, being the lower level the ornamental park with shrubs, and organized according to recreational green spaces specifications. There are as well, for blind people, the 'fragrant garden' with aromatic and medicinal plants, and the arborinho.
In the vicinity one can find Ajuda Palace, the Agro-Tropical Garden-Museum, Jeronimos Monastery, Cultural Centre of Belem and Belem Tower.