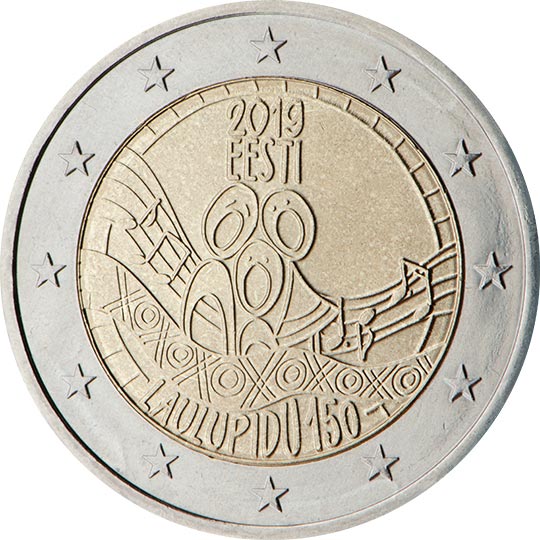 Eesti Pank gave out prizes on Saturday to the eight children who had reached the final of the drawing competition to find a design for the two-euro coin dedicated to the 150th anniversary of the Song Celebration. The public vote was held over three weeks and was won by 15-year-old Grete-Lisette Gulbis from Tõrva in south Estonia.

The design for the two-euro coin by Grete-Lisette Gulbis, a student at Tõrva Gümnaasium in the south of Estonia, received 2887 votes, representing 35% of the total of 8322. “At first I didn’t want to submit my design to the competition as I wasn’t entirely happy with it, but my parents encouraged me and so finally I sent it in”, she said. Grete-Lisette was inspired for her design by the Song Celebration procession, where she had seen the cheers of joy and pride, the multitude of national costumes and the rows of singers flowing like waves on the sea.

“It is really fantastic that so many children took part in the drawing competition. I want to thank all the teachers and parents for their help and for the encouragement they gave the children. This is a very valuable gift to have given Estonia in this centenary year”, said Ardo Hansson, Governor of Eesti Pank. He said that only one drawing could be fitted onto the coin for the Song Celebration, but that all the eight children who had got through to the final were winners, as only one design in a thousand had got that far.

Eesti Pank will now work with the mint that will create the coin to convert the winning design by Grete-Lisette Gulbis into a form that meets the technical requirements for minting. After that the coin design will be formally approved by the Supervisory Board of Eesti Pank and will go for approval at the national and European Union levels. The two-euro coin with the special design dedicated to the Song Celebration will enter into circulation in the first half of 2019.
Source: Eesti Pank 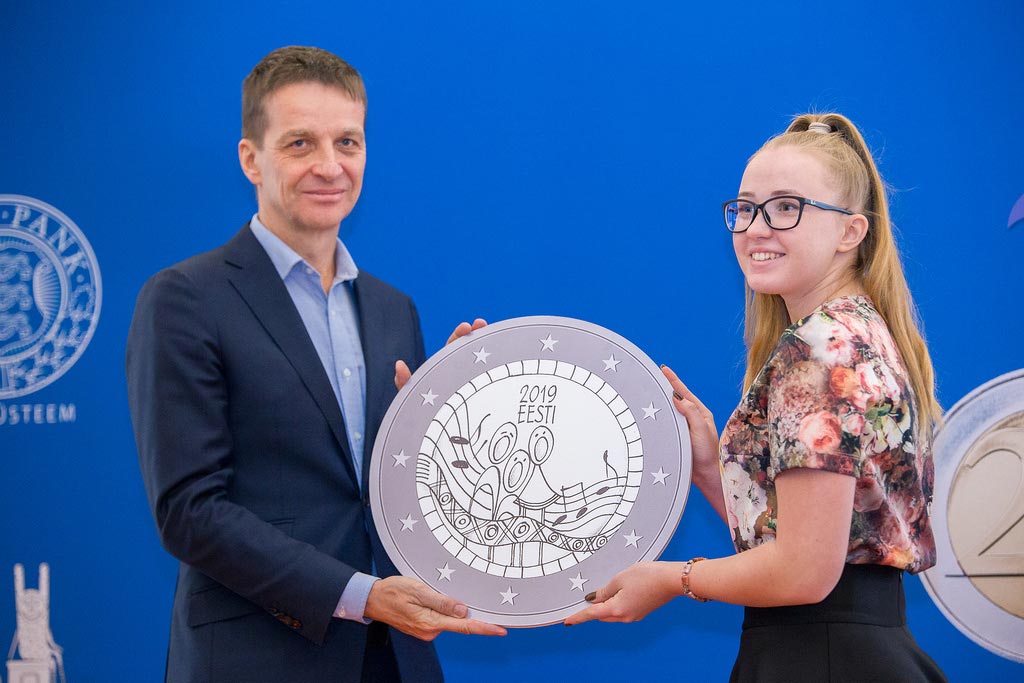