2 euro - 100th anniversary of the Republic of Estonia 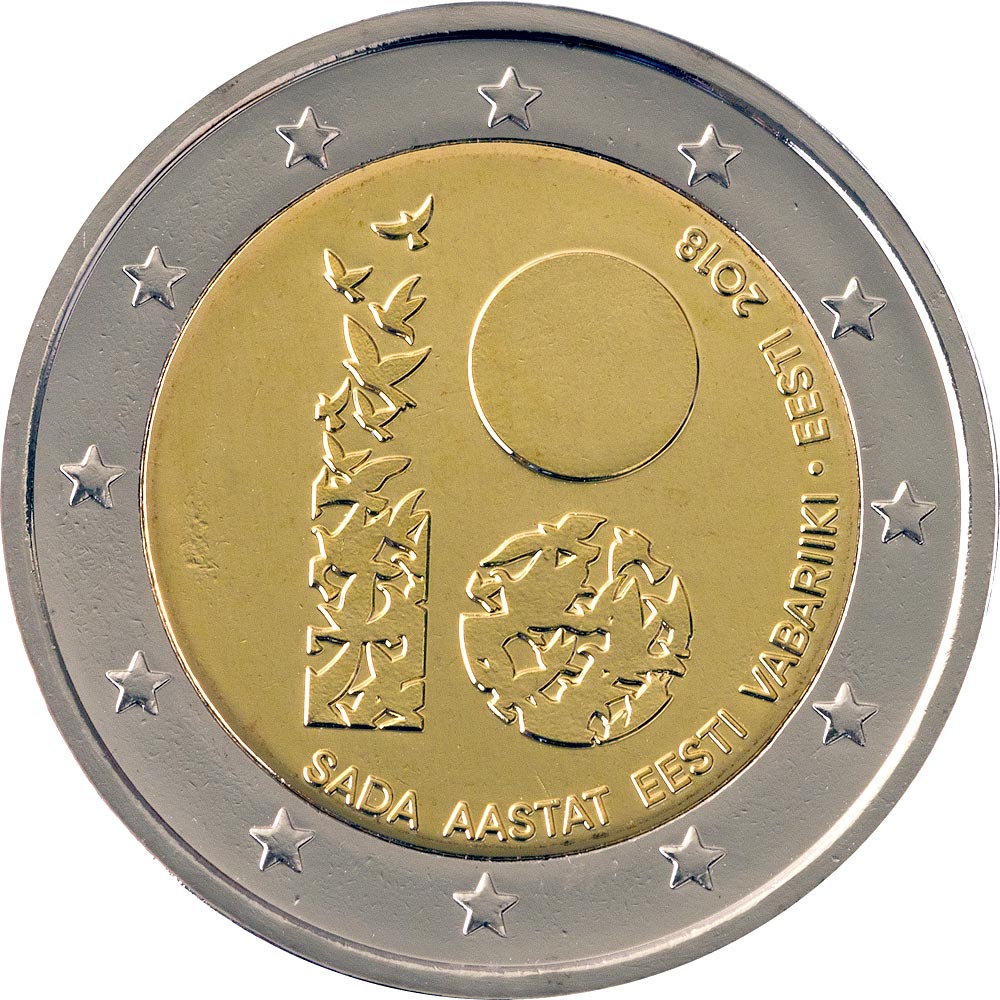 Eesti Pank is opening its doors on 19 February from 13.00–17.00 to present the two-euro circulating coin with a special design dedicated to the 100th anniversary of the Republic of Estonia in the bank's Independence Hall. The presentation will start with a short production based on the Estonian Salvation Committee, after which coins and coin card will be on sale to the public. “We are inviting people to the Independence Hall of Eesti Pank so we can present the two-euro coin with the special design dedicated to the anniversary of the Estonian state, which is being symbolically minted with one for each person in Estonia. As the two-euro coin is valid throughout the whole euro area, this coin will tell other Europeans about our celebration”, said Ardo Hansson, Governor of Eesti Pank. The commemorative coin is intended to symbolise the people of Estonia, and so 1,317,800 coins will be minted to match the population of Estonia on 1 January 2017. From 19 February the anniversary coins will start to enter general circulation through retailers. The commemorative coin dedicated to the 100th anniversary of the Republic of Estonia will be presented in the Independence Hall of Eesti Pank, which is itself a symbolic location for Estonian sovereignty as it is the place where the Provisional Government was formed on 24 February 1918. As part of the week of events marking the national centenary, the Independence Hall will exceptionally be opened to the public on 19 February from 13.00 to 17.00. The special design on the national side of the coin features the official national logo for the centenary, which can be read as the numbers 18 and 100, linking the year the state was founded with today. The commemorative coin was designed by the concept and design agency Identity and is being minted in the Lithuanian Mint.