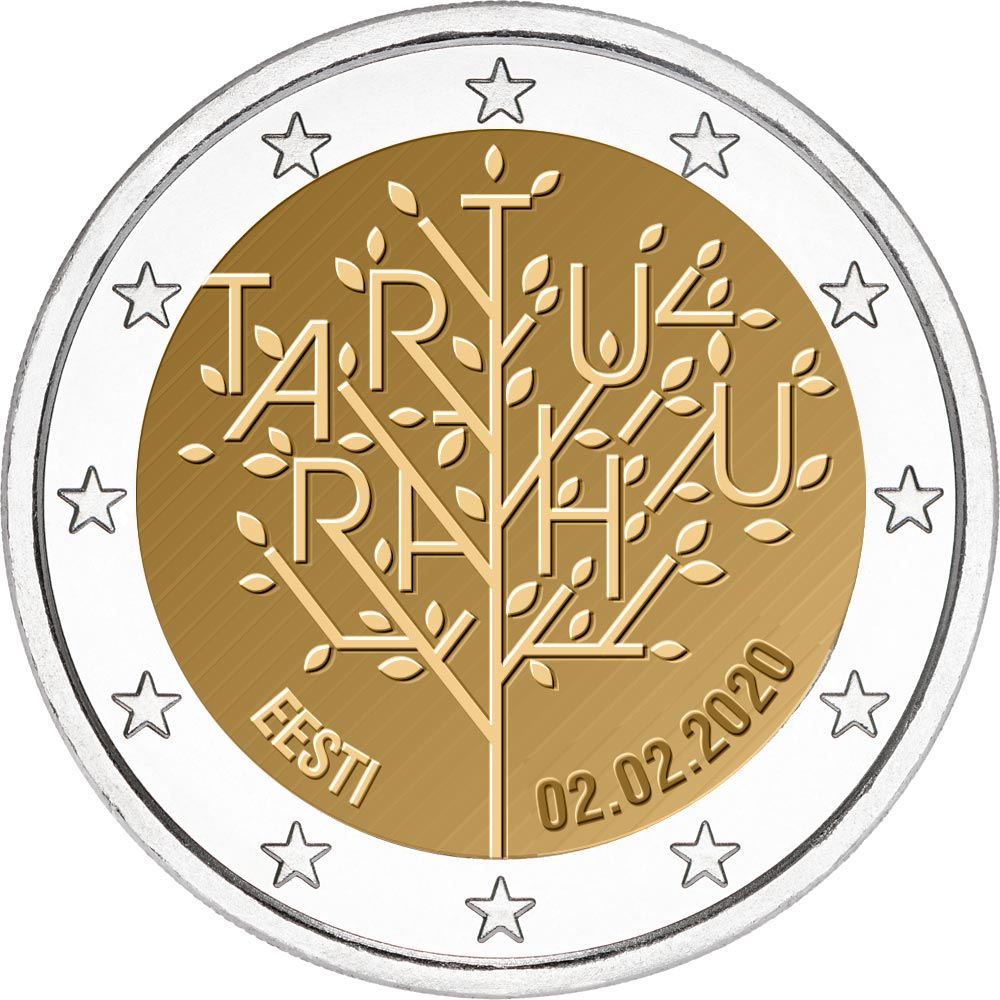 The Eesti Pank Supervisory Board approved the design for the two-euro commemorative coin dedicated to the centenary of the Tartu Peace Treaty by the graphic designer Ivar Sakk. The two-euro coin for the centenary of the Tartu Peace Treaty will enter circulation in early 2020. The Tartu Peace Treaty was signed between Estonia and Soviet Russia on 2 February 1920 in Tartu, and it fixed the eastern border of Estonia, bringing an end to the War of Independence. The design by Ivar Sakk was approved by the Supervisory Board after a public competition to design the coin and then a targeted competition had failed to find an appropriate design for it. Ivar Sakk is a designer and design historian working in Tallinn. He graduated in 1986 from the department of industrial art of the Estonian state institute of art. After graduation he worked as a freelance graphic designer for the Graaf, Vaal Disain and Sakk & Sakk agencies. Ivar Sakk has taught at the Estonian Academy of Arts since 2003, and in 2005-2015 he was a professor and head of the department of graphic design.