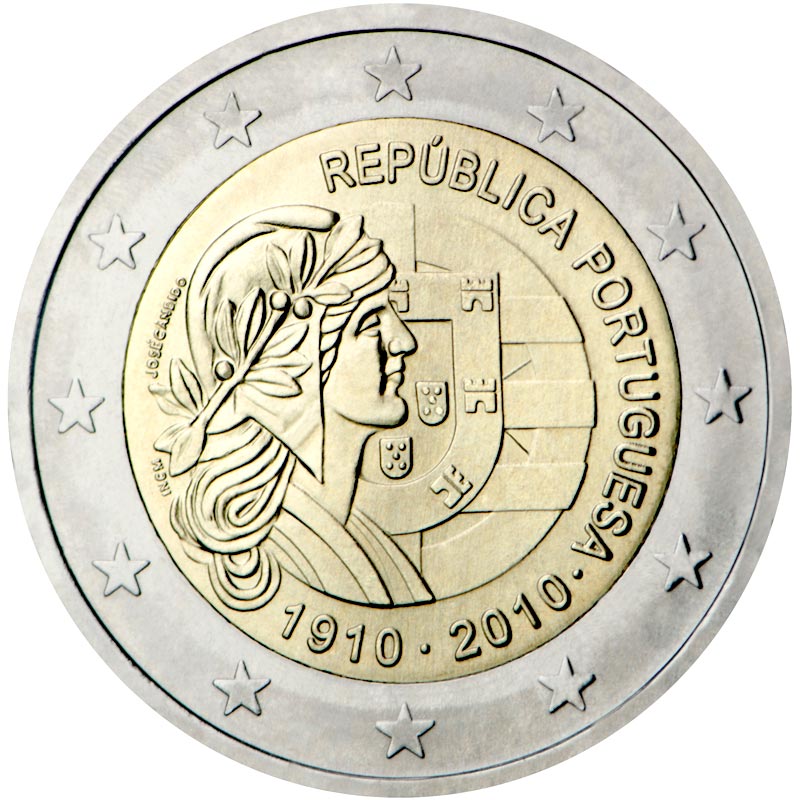 On 5 October 1910, José Relvas proclaimed the establishment of the Portuguese Republic from the balcony of the Paços do Concelho, the building of the Lisbon Municipal Council. In 2010, the Portuguese Mint and Official Printing Office is involved in the official commemorations, with the issuing of a commemorative circulation coin of 2 Euros, on which the national side is designed by José Cândido. The coin is made available with BU (brilliant uncirculated) finishing and proof (numismatic proof) finishing, with issue limits of 15,000 and 10,000 copies respectively. In evoking the events that marked Portuguese history during the end of the nineteenth century and the beginning of the twentieth, we are remembering and honouring the memory of the Men who gave themselves up for the Republican cause, for the values of ethics, of equality, of freedom, of patriotism and of defence of the national identity. We are contributing to the promotion of collective reflection and the civic participation of citizens. To know History is the best way to prepare the Future.