Our 2020 $2 Bill Reid Commemorative circulation coin is a celebration of the Haida artist's legacy. A proud celebration of art and culture, represented by Iljuwas's (Bill Reid's) iconic Xhuwaji, Haida Grizzly Bear design. The non-coloured Special Wrap Roll gives you 25 stunningly uncoloured (engraved only) versions of the special-themed $2 coin, while the coloured Special Wrap Roll gives you 25 coloured versions of the coin. All coins are neatly rolled up in a custom-designed paper wrap, with the reverse design visible on one or both ends of the roll. The reverse design features Xhuwaji, Haida Grizzly Bear by renowned Haida artist Bill Reid on the inner core and extending onto the outer ring. On the top portion of the outer ring, two images of a maple leaf appear within the line pattern. A banner at the bottom of the outer ring bears the inscriptions "BILL" and "REID" in honour of the 100th anniversary of the Haida artist's birth, while "2020" is centred between two security marks that consist of a maple leaf within another maple leaf. The selectively coloured $2 coin features the same reverse design encircled by a ring and enhanced with the colours of red, white and black. Both versions feature the effigy of Her Majesty Queen Elizabeth II by Susanna Blunt on the obverse. 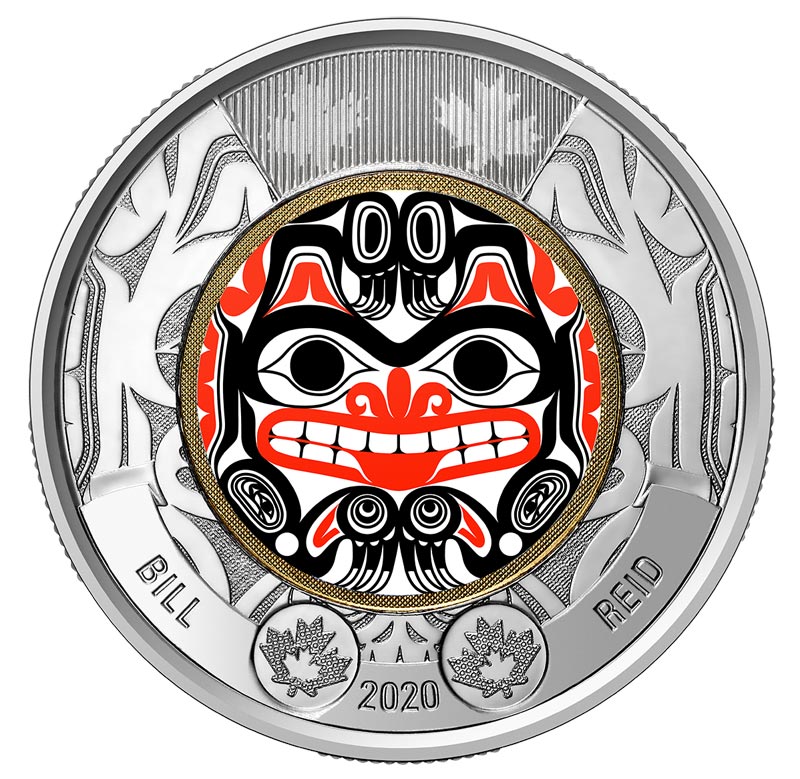