The 2020 75th Anniversary of the End of the Second World War $2 commemorative circulation coin places a piece of our history in your pocket change… but a Special Wrap Roll instantly adds 25 of them to your collection.
Enhanced with selective colour, the reverse pays tribute to the Victory 5-cent coin designed by Thomas Shingles ("T.S."). On the inner core, a blue "V" for Victory is overlaid with a torch topped by orange and yellow flames. The Canadian victory emblem is flanked by maple leaves, while the double dates "1945" and "2020" commemorate the 75th anniversary of the end of the Second World War. At the top of the outer ring, two images of a maple leaf appear within the line pattern. The words "VICTORY" and "VICTOIRE" are framed by an inscription in International (Morse) Code; when translated, the dots and dashes mean "WE WIN WHEN WE WORK WILLINGLY" and "LA BONNE VOLONTÉ EST GAGE DE VICTOIRE". At the bottom of the outer ring, the inscriptions "REMEMBER" and "SOUVENIR" are paired with two security marks consisting of a maple leaf within another maple leaf. The obverse features the word "CANADA", the denomination ("2 DOLLARS") and the effigy of Her Majesty Queen Elizabeth II by Susanna Blunt. 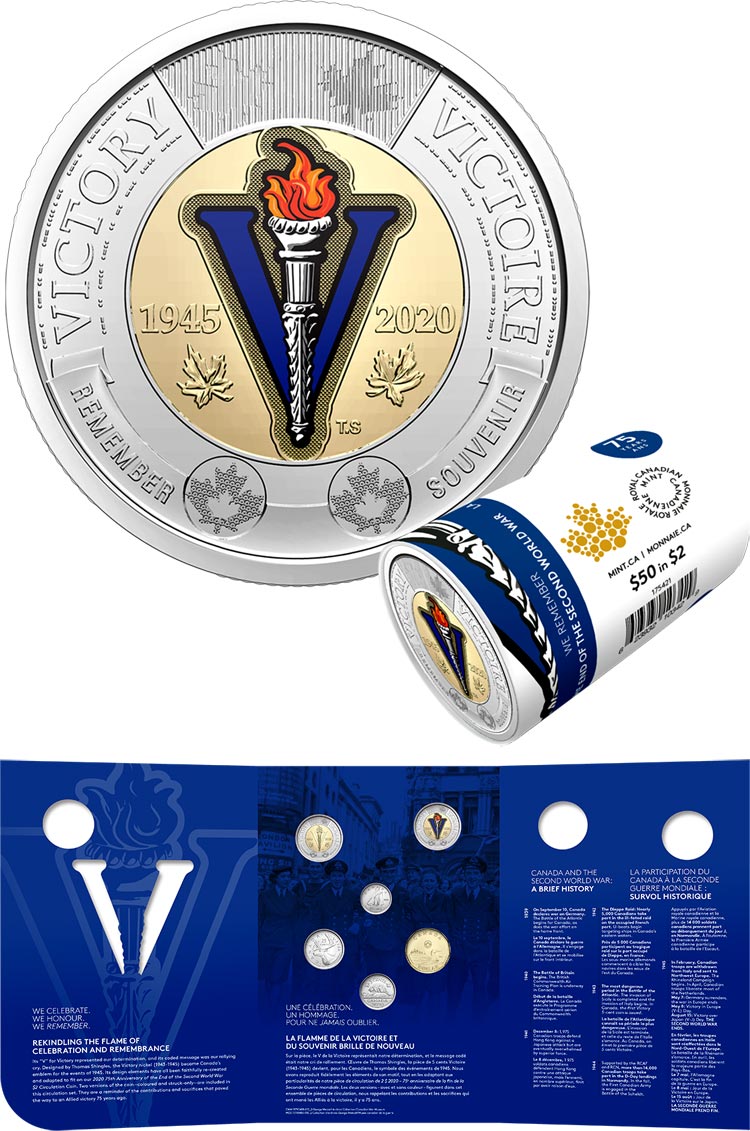