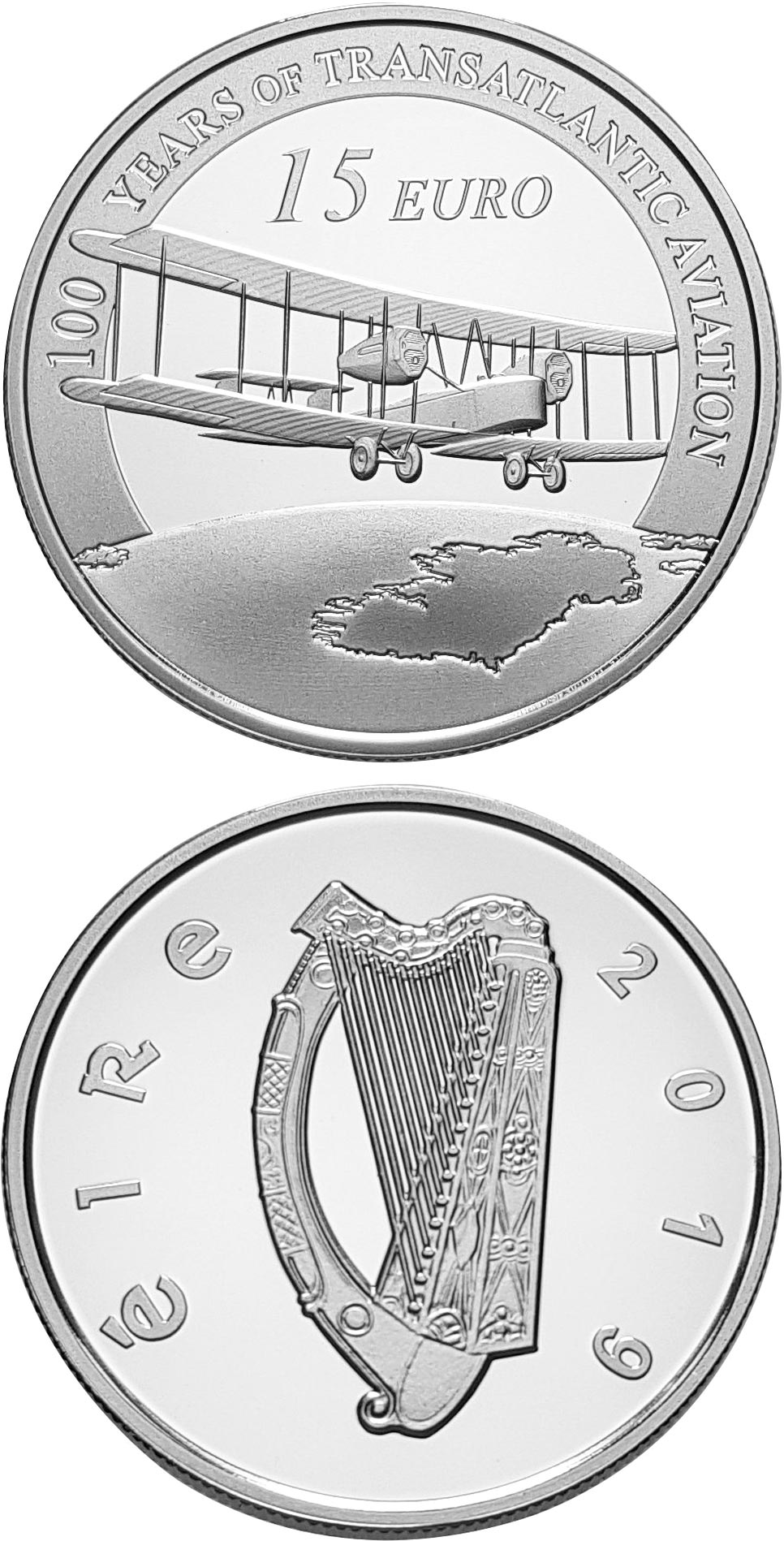 John Alcock and Arthur Brown landed their Vickers Vimy airplane in a bog near Clifden, Co. Galway on 15 June, 1919. In 1913, the Daily Mail had offered a prize of £10,000 (now about one million Euro) to the first aviator to cross the Atlantic. WW1 intervened the following year and the competition was suspended. It reopened in late 1918. The British aviation pilots flew in a two-man Vickers Vimy biplane from St. John’s in Newfoundland, Canada. They crash-landed on what seemed from the air to be level ground at Derrigimlagh Bog, Clifden in Connemara, Co. Galway. Neither man was injured. They had achieved the first non-stop transatlantic flight with a duration of 16 hours and 28 minutes landing about 25 miles north of their target destination. This limited edition commemorative coin is issued to celebrate this significant centenary and design by numismatic artist, PJ Lynch. The design celebrates the huge accomplishment of Alcock and Brown, and the fact that this plane landed in Galway, Ireland. The Vickers Vimy Biplane is the fore of the design. Behind the plane is a period style map which helps to emphasise the pilots’ peril and demonstrates the sheer scale of their accomplishment in travelling from Newfoundland to Ireland for the very first time without stopping. The proof coin comes in a presentation box with a certificate of authenticity. This limited issue commemorative coin has been struck in .925 sterling silver to proof quality and is limited to 3,000 pieces. The diameter of the coin in 38.61mm and it weighs 28.28g.