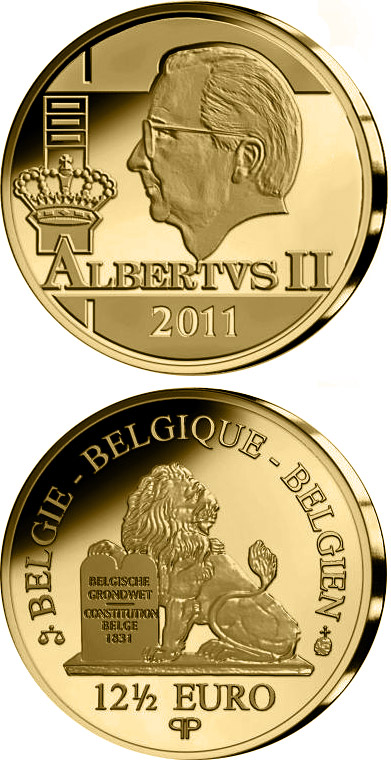 In 2006 The Royal Mint of Belgium introduced the 12 ½ Euro coin on the occasion of the 175th anniversary of the Royal Dynasty. With the coin of our King Albert II the series reaches the end.
Albert II (born 6 June 1934) is the current King of the Belgians and a constitutional monarch. He is a member of the royal house "of Belgium"; formerly this house was named Saxe-Coburg-Gotha. He is the second son of the late King Leopold III (1901–1983) and his first wife, Princess Astrid of Sweden (1905–1935). He ascended to the throne in 1993, upon the death of his older brother, Baudouin. His godparents were Prince Felix of Luxembourg and his paternal grandmother, Queen Elisabeth of Belgium. He is the first cousin of King Harald V of Norway , Princess Astrid of Norway, and Princess Ragnhild of Norway.