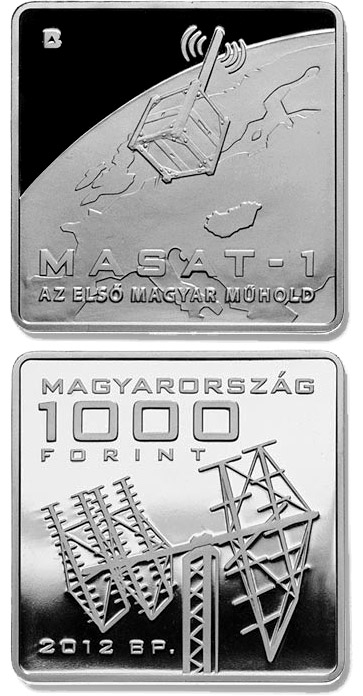 Masat-1 (the name derives from MAgyar and SATellite), the first satellite built completely by Hungarians. This so-called "cube satellite" with a mass of roughly 1 kg and a length of 10 cm long was developed by the students of the Budapest Technical and Economics University, with the assistance of instructors and researchers. Some of the parts were manufactured by Hungarian companies.It was was launched on 13 February 2012, at 1100 Hungarian time and carried into space on a Vega rocket of the European Space Agency from the Kourou space centre in French Guyana. Since its successfull launch, the satellite works perfectly. The coin is part of the Series of technical inventions of Hungarian engineers and inventors.