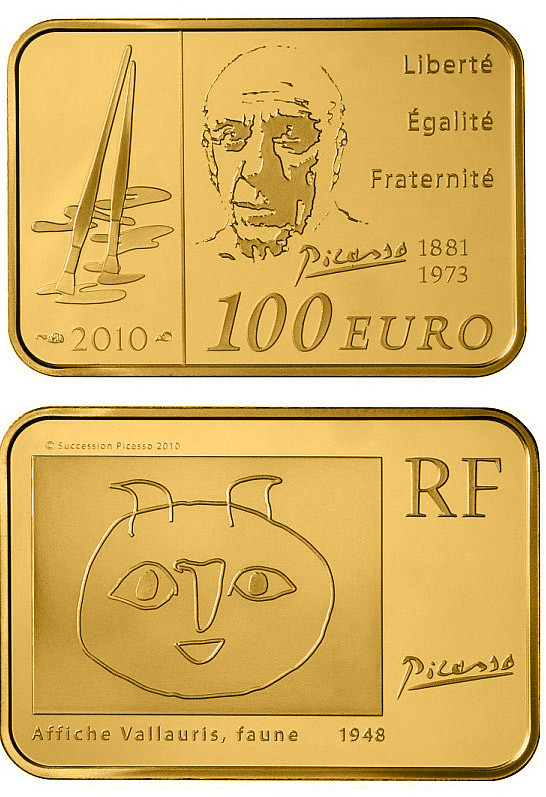 After featuring four great Impressionist painters, Monnaie de Paris is now paying tribute to modernist painters. Pablo Picasso (1881-1973), Spanish painter, draughtsman and sculptor. He was the founder of Cubism along with Georges Braque, his partner in Art and Surrealism. He is, without doubt, the greatest painter of the 20th century due to his insistence on always questioning the various styles approached in his works. Each coin depicts a painting which is emblematic of the artist and features the creation date, the artist’s signature and his portrait.