100 euro - Centennial of the Balkan Wars 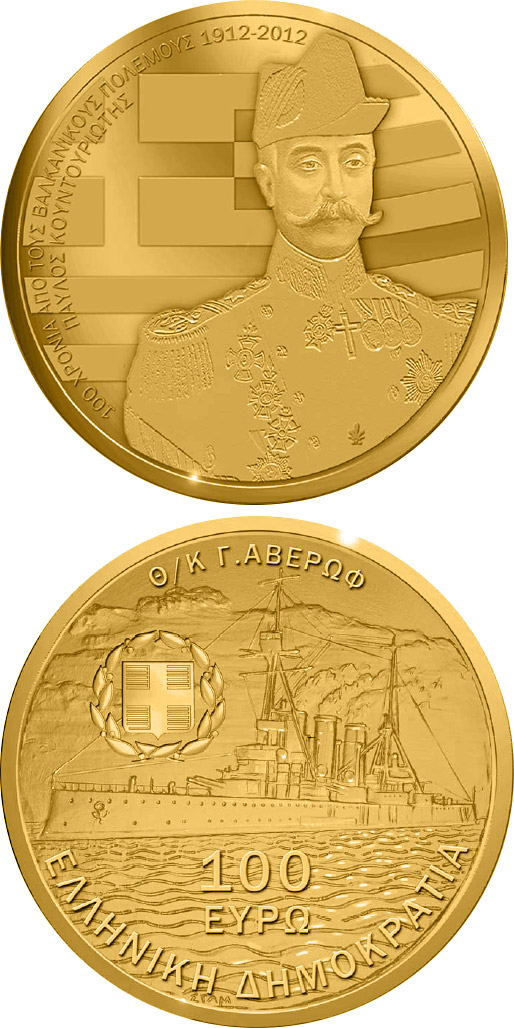 The Balkan Wars occupy a central place in the history of modern Greece. Their victorious outcome for Greece led to the liberation from Ottoman rule of historic Greek territories, doubling the size of the Greek State. The First Balkan War saw the liberation of Epirus, western and central Macedonia, as well as the islands of the northern and eastern Aegean, while the Second Balkan War enabled Greece to formally secure its possession of Thessaloniki, previously liberated during the First Balkan War, and eastern Macedonia. A main characteristic of the Balkan Wars was the striking speed of operations. The Greek victories, largely reflecting the previous modernisation of the Greek State, as well as the unity and high morale of the Greek people, provided a lasting legacy for generations to come. The obverse of the coin features Admiral Pavlos Kountouriotis and the Greek flag in the background. The reverse of the coin features the battleship “Averof” surmounted by the coat of arms of the Hellenic Republic.