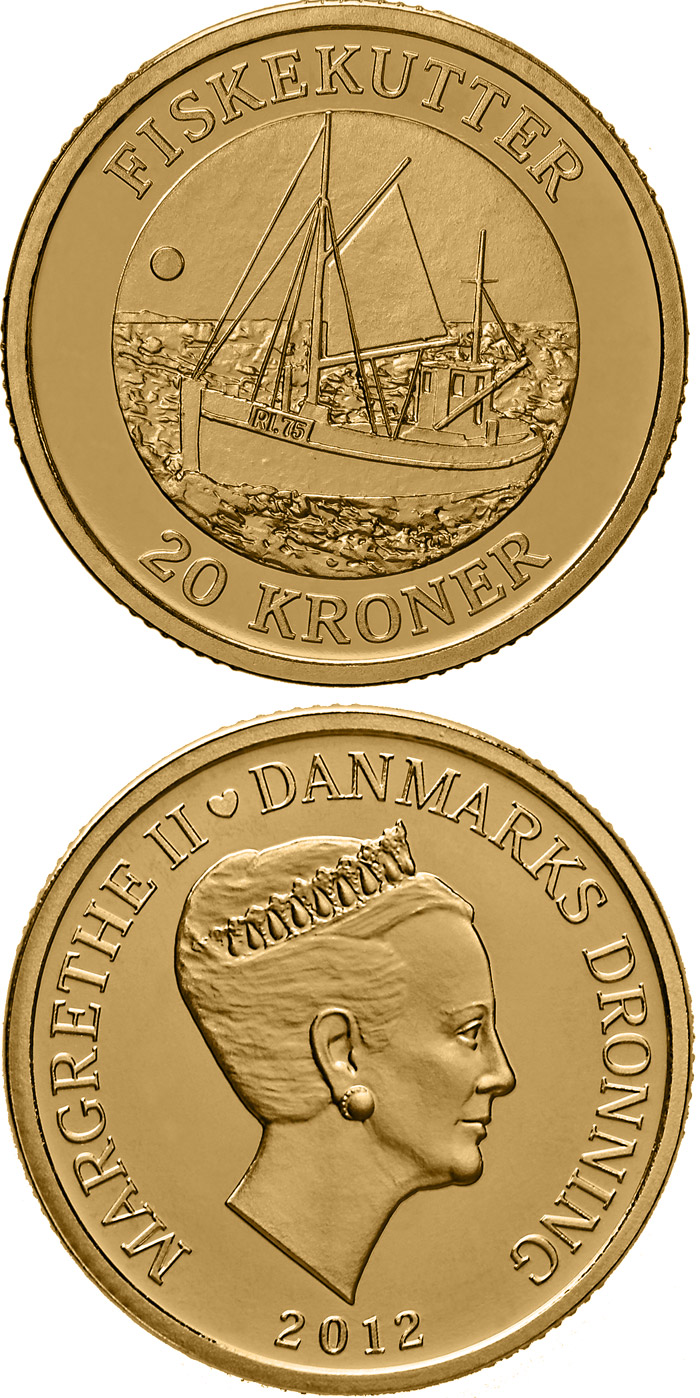 On 11th December 2012, Danmarks Nationalbank issues a new 20-krone coin featuring a Fishing Vessel. The Fishing Vessel is the 12th coin in the series which has ships as the general theme. For most Danes, wooden fishing vessels are the essence of the Danish fishing tradition. These vessels were built by small, local boat builders in Danish coastal towns, and although they met competition from steel vessels during the 20th century, they were used right up to the 1980s. The reason why these vessels were so popular was that they were eminently suited for fishing for consumer species in coastal waters. In the 1970s and 1980s larger, more efficient vessels, which could also be used for industrial fishing, became more prevalent. The last wooden fishing vessel was launched in 1982, but many of the old fishing vessels can still be seen in Danish ports, where they are used by tourists and anglers.