The Antonov/Taqnia An-132 is an improved version of the Antonov An-32 twin-engined turboprop military transport aircraft being developed jointly by Saudi Arabia and Ukraine. The An-132 will be powered by two Pratt & Whitney Canada PW150 turboprop engines, and will feature Honeywell avionics, a Liebherr air management system and a Hamilton Sundstrand-supplied Auxiliary Power Unit (APU).The prototype was rolled out in Kiev on 20 December 2016, followed by the first flight which took off from Antonov's factory at Sviatoshyn Airfield and landed at their test centre at Antonov Airport on 31 March 2017.Deliveries are scheduled from 2018, with an estimated price of $30–30 million per aircraft and a planned production total of 260–295 aircraft by 2035 from Ukrainian and Saudi production lines. Source: Wiki 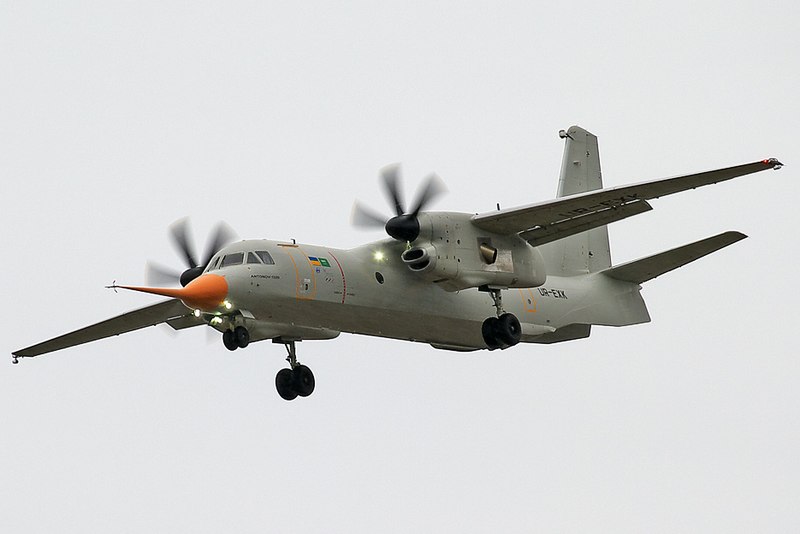