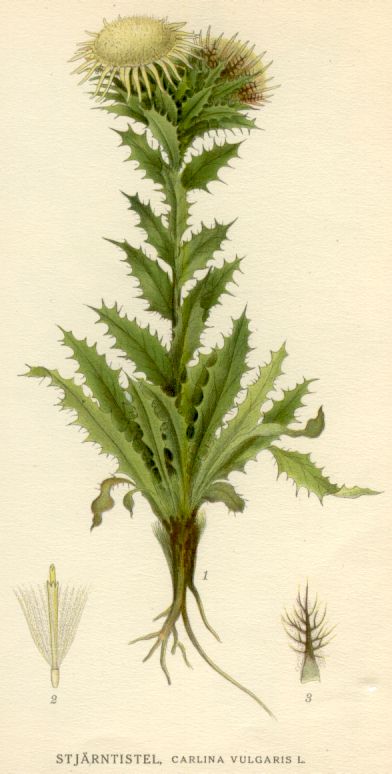 With the commemorative coin 'Carline thistle' the Federal Mint Swissmint has completed on 25 January 2018 the three-part FLORA ALPINA series.
Protected in some areas, the stemless carline thistle is one of the best-known and most popular Alpine plants. Its prickly beauty, with its large silvery-white corona and disc florets, is a popular photo opportunity. The plant's poisonous taproot use to be used as a remedy for many illnesses. Nowadays, the beautiful flower is a decorative highlight for any rock garden.
The stemless carline thistle (carlina acaulis) is a type of thistle belonging to the Asteraceae family. The hardy, herbaceous plant has virtually no stem. Depending on location, it can grow to 40cm in height. The spiny, pinnatilobate leaves grown in a basal rosette. The underside of the leaves is bald to cobweb-like. The stemless carline thistle is common in Europe but is treated and protected as an endangered species in many countries. It prefers chalky soils and sparse pastures or lightly wooded areas at altitudes between 800 and 2,600m. Its flowering time is between July and October. The stemless carline thistle is also known as the weather thistle. In the past, they were nailed on doors where they acted as natural weather stations. If an area of high pressure was on its way, the flowers would open and when the weather was moist, they would close again.