On 21 January 2021, Swissmint has concluded the three-part "Swiss forest animals" series with the "Fox" bimetallic coin. The red fox (Vulpes vulpes) belongs to the family of dog-like predators and is unmistakably similar to both dogs and wolves. Foxes can be found on almost all continents, and the forest has long since ceased to be their only habitat. The red fox is known for its twilight and nocturnal forays through the front gardens of big cities. Its eyes can clearly see its surroundings in the dark, by rotating its ears it can locate a squeaking mouse from a distance of more than 100m and its unique sense of smell is 400 times stronger than ours. These attributes make it an adaptable survivor who likes to rummage around our bins for food. An adult fox's body is just under 1m long and can reach a height of up to 50cm due to its relatively short legs. Its modest body weight of 6kg to 7kg is camouflaged by its thick fur. In January a dog fox looks for a suitable vixen. Female foxes gives birth to 3 to 5 pups after a gestation period of 50 days. During rearing, the male foxes act as providers by bringing food to the den. In addition to mice, insects and berries, a hare or a young deer are also on the menu. Sources: www.wikipedia.org and www.geo.de
The new 10-franc bimetallic coin designed by graphic artist and designer Naomi Andrea Giewald from Eastern Switzerland, is available in the qualities 'uncirculated' and 'proof' in a presentation case at our online-shop or from selected coin dealers and banks. 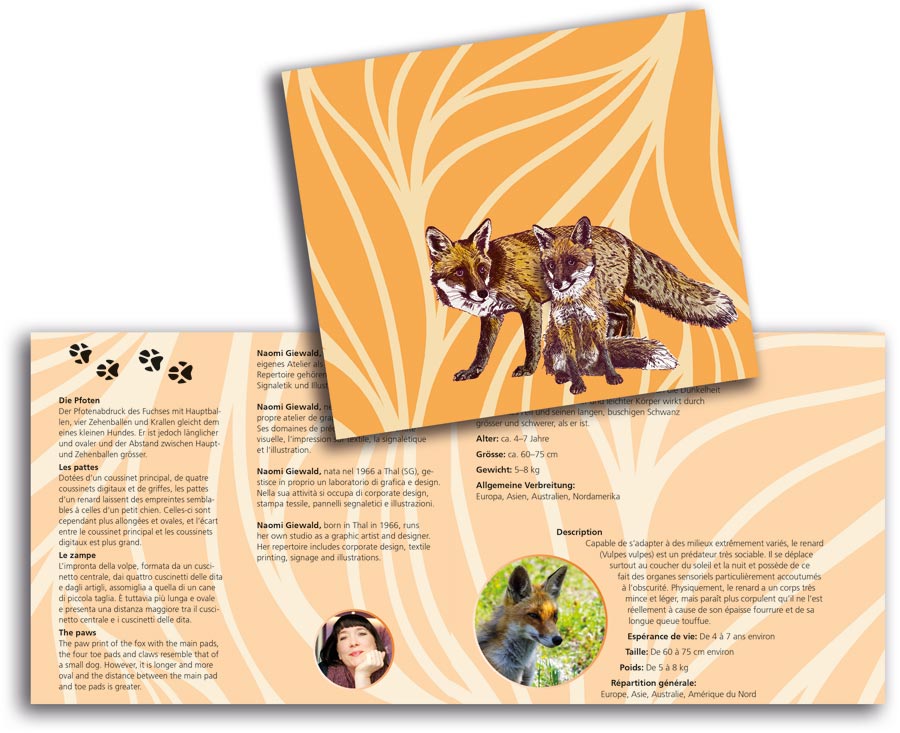