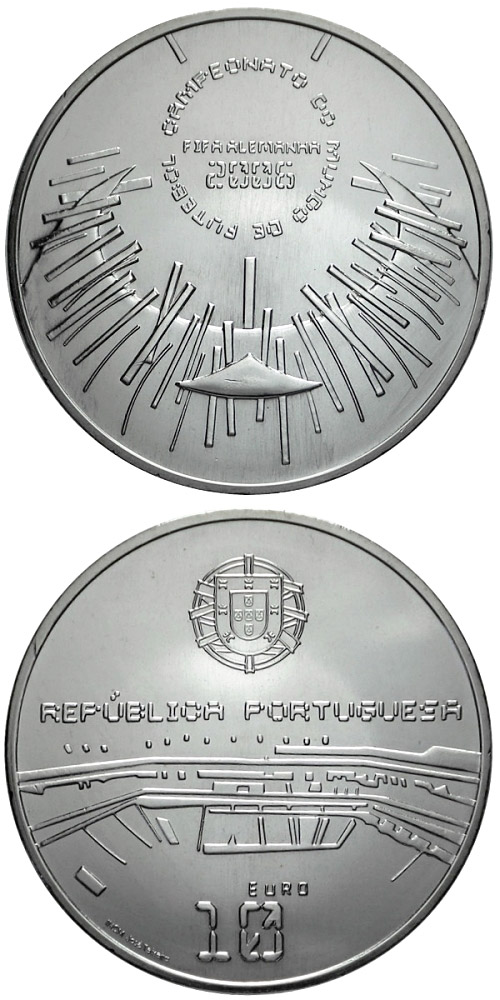 To celebrate the FIFA World Cup held in Germany in 2006, the Portuguese Mint and Official Printing Office decided to mint a commemorative collector coin; this was something done by all the nations that were going to contest the trophy. This became the official Portuguese coin, which formed part of the collection approved by FIFA. The coin was designed by the sculptor José Teixeira.