This year, as part of a joint worldwide programme developed by 20 countries, the Great Causes series launched in 2009 honours the World Wide Fund for Nature (WWF), which has been working to protect the environment for the past 50 years. Each country highlights one of its endangered species. Monnaie de Paris selected Audouin's Gull, a bird endangered by the over-exploitation of fishing areas and the massive development of coastal tourism in Mediterranean regions. A gull is depicted flying above the sea on the obverse of the coin. The initials RF can be seen on the surface of the water. The words "Goéland d’Audouin" appear at the top right. The shadow of a second gull completes the design. The reverse side shows a single gull standing upon a rock. The WWF’s logo, accompanied by the words "Espèce menacée," recalls the creature’s endangered status. 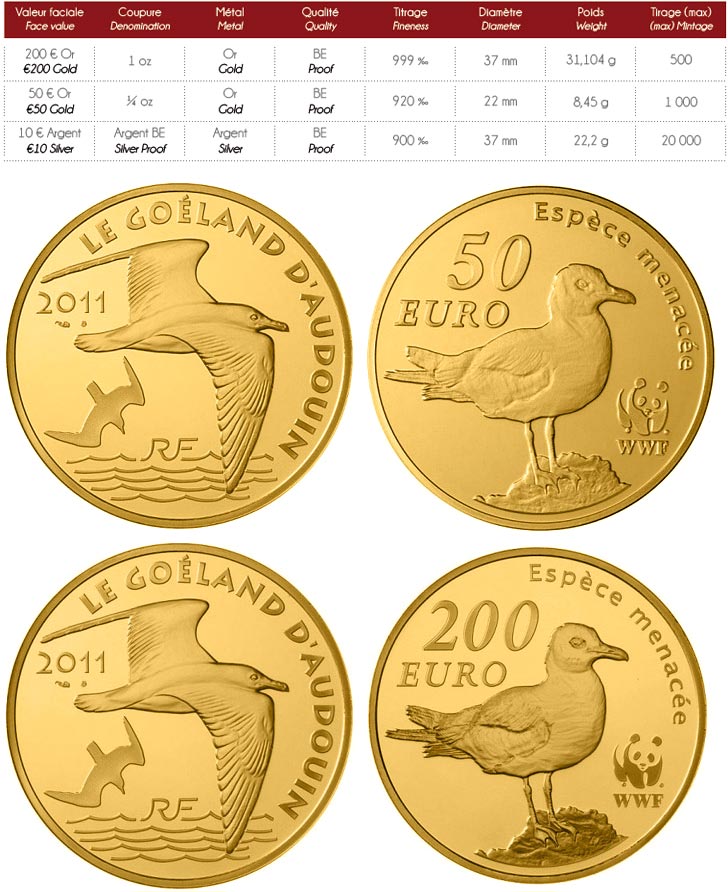