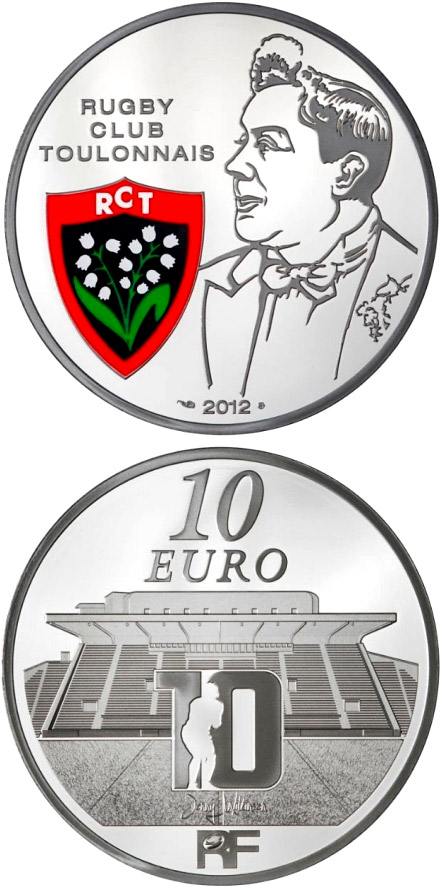 For several years, Monnaie de Paris has been paying tribute to great sports teams. This year, Rugb y Club Toulonnais is in the spotlight. The emblematic club has won the French Championship three times (1931, 1987, 1992). The club's emblem, which comprises a lily-of-the-valley, is depicted on the obverse. It is accompanied by the club’s famous sponsor, the singer Félix Mayol, who gave his name to the club’s stadium. On the reverse, a player in full action appears in front of the Mayol Stadium.