Monnaie de Paris is launching a new collection on great French ships throughout the ages. Every year for five years, this series will pay tribute to a sailing ship, a warship and an ocean liner.

Constructed in Rochefort in the 18th century, the Hermione is the French frigate which sailed General La Fayette to the United States to join the insurgents in 1780. A replica is currently under construction and should be launched in 2012 to re-enact this historical journey. The Hermione is represented on the obverse, with wind in all her sails, upon a stormy sea. This representation is crowned by a rope-design frieze. King Louis XVI's coat of arms is reproduced below the boat's hull. The reverse is a composition which is common to all the sailing ships and is featured on all five coins. The ship's helm and jibs are clearly visible. The Hermione's bow is depicted on the front sail. 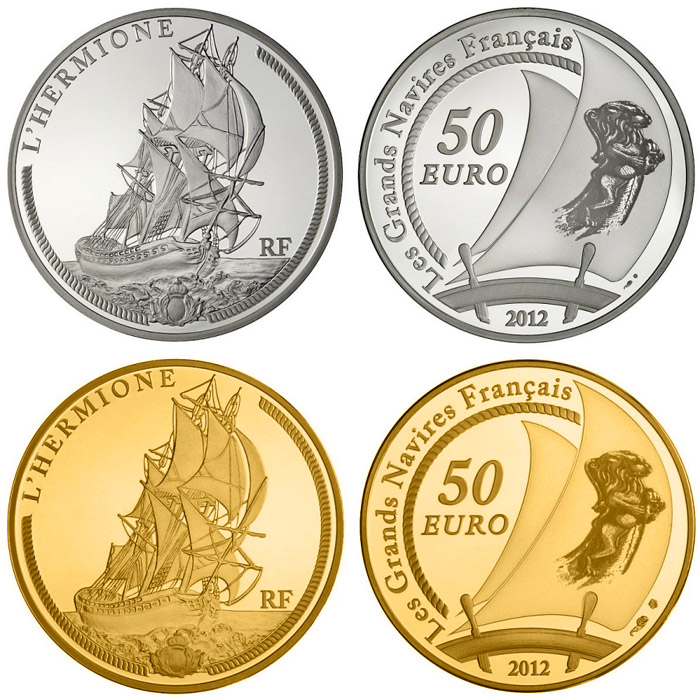