La Gloire is considered as the first battleship on the open sea of west in the service of the French Navy. This wooden frigate of 5 630 tons presented a hull covered with wrought iron protective patches about 115mm from the battery to the flotation. Making obsolete all the vessels of the line then in service, its launch naval activated an arms race. However, the wooden hull deteriorated very fast and the Gloire was struck off of service in 1879, and then destroyed in 1883. The battleship, the Gloire, is represented on the top of the coin’s obverse with its sails and its chimney. On the low part, under a rope, appears the detail of the battleship and scubbles (opening in the side of a ship by which pass the gun barrels). The reverse is a composition which is common to all the warships and is featured in all the five coins. The silhouettes of five ships of this series are surmounted by a blue-collar into which comes the face value. An arc of a circle of links surrounds the year. 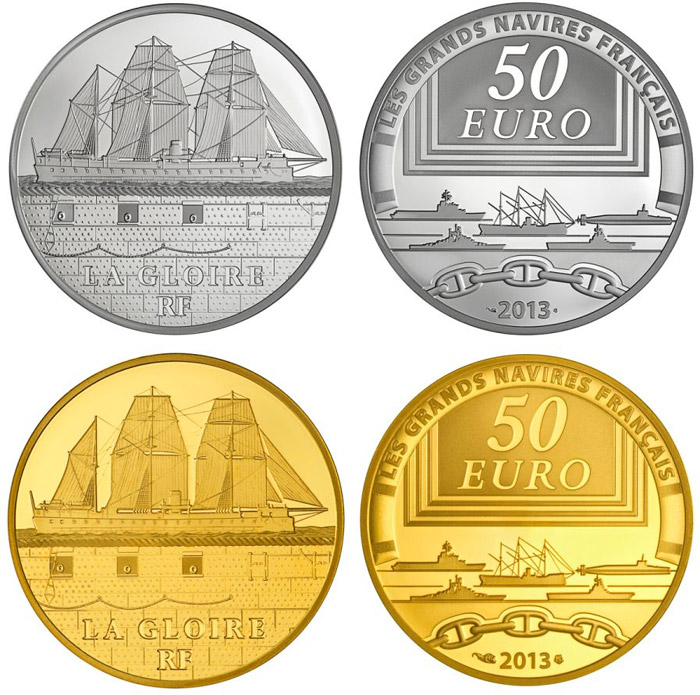