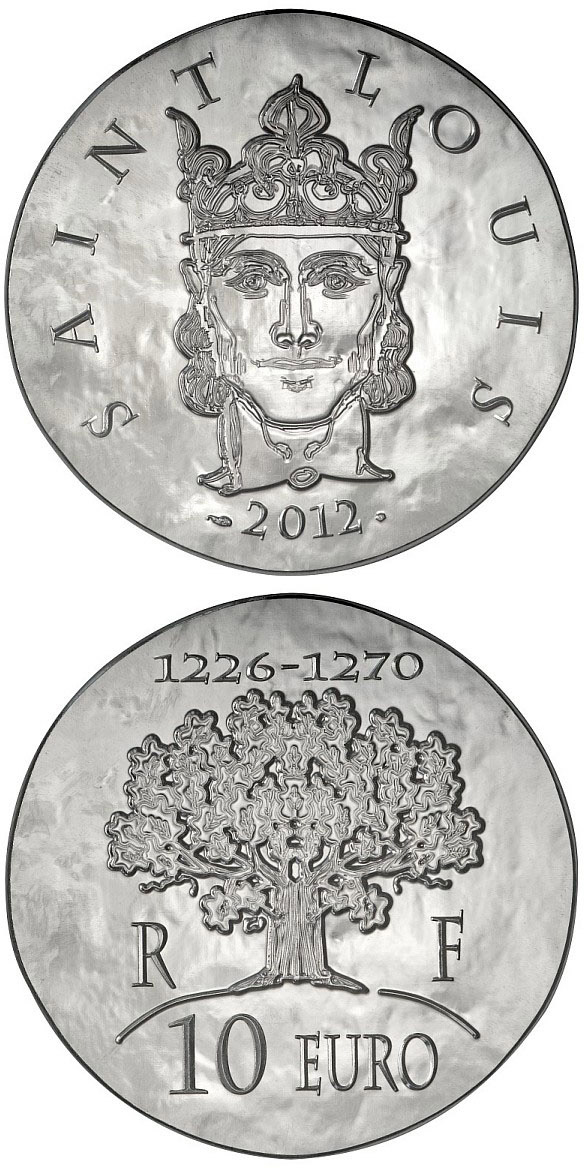 Saint-Louis (1214-1270), also known as Louis IX, was the founder of royal justice where the king assumed the role of "supreme bestower of justice". He was often chosen as an arbiter for the quarrels among the rulers of Europe. He was the first French king to be canonised in 1297. The face of a young Saint-Louis with his crown is depicted on the obverse. The King's name appears along the edge of the coin. The oak of justice and the dates of Saint-Louis’ reign (1226-1270) appear on the reverse. 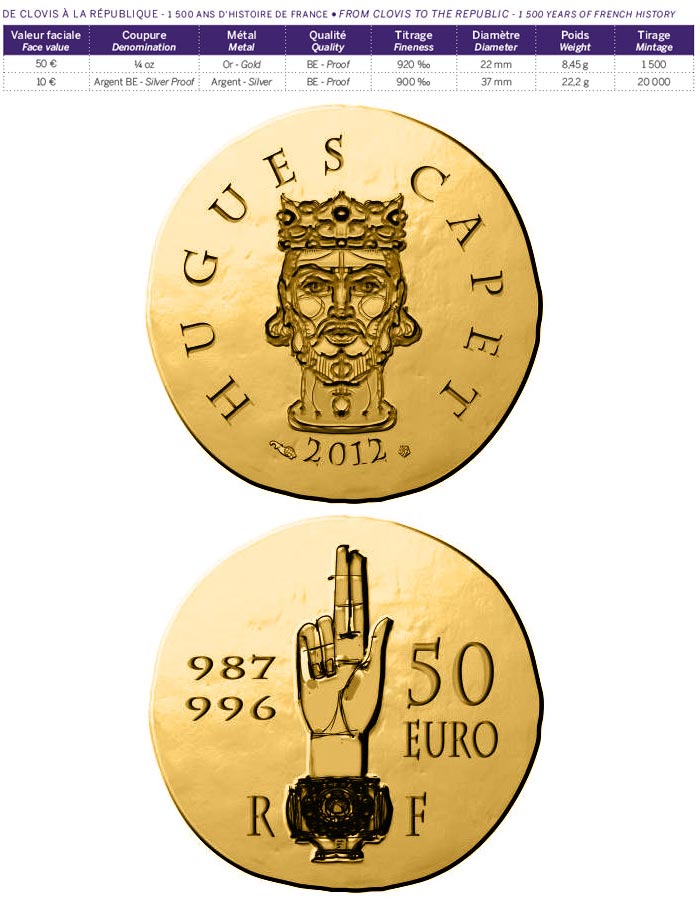