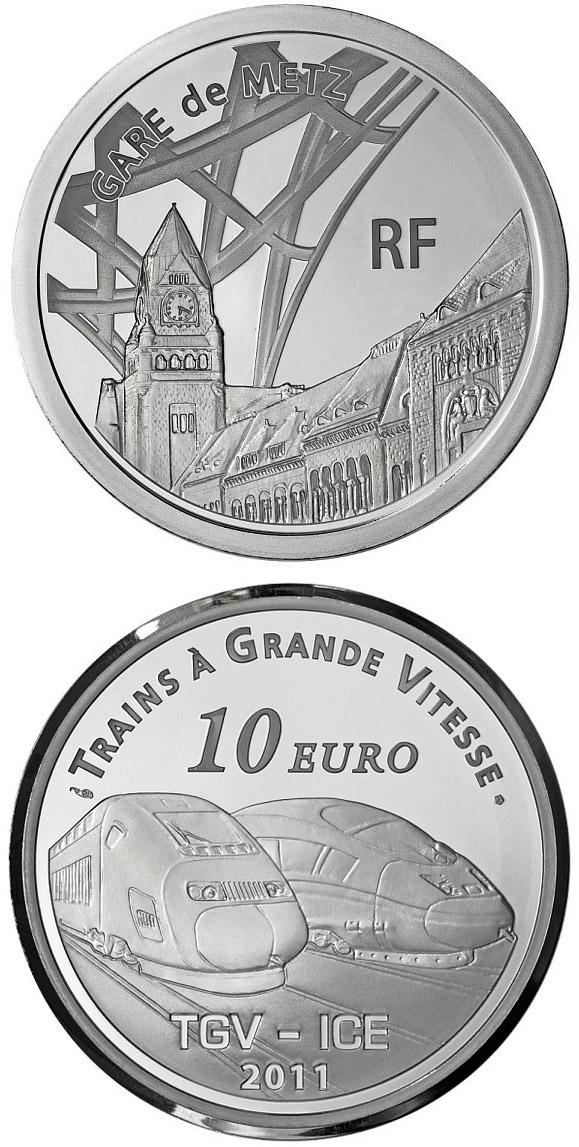 Launched in 2010 with the contemporary Lille Europe station, the Trains of France series highlights railway excellence. This year, the series stops at the Metz station, built by Guillaume II. Classified as a historical monument, the station features architecture symbolizing the union between France and Germany. This series also pays homage to the high-speed trains that pass through it: the French TGV and the German ICE. The technological innovation of the edge design resembling a train wheel is adopted from last year first coin of this series. The obverse features Metz Station with prominent details of its architecture. In the background is a view of the new and very modern Pompidou Centre. On the reverse, the spotlight is on the trains themselves, with the TGV and the ICE represented side-by-side as a symbol of the Franco-German rail link passing through Lorraine.