10 euro - Lille Europe and the TGVs 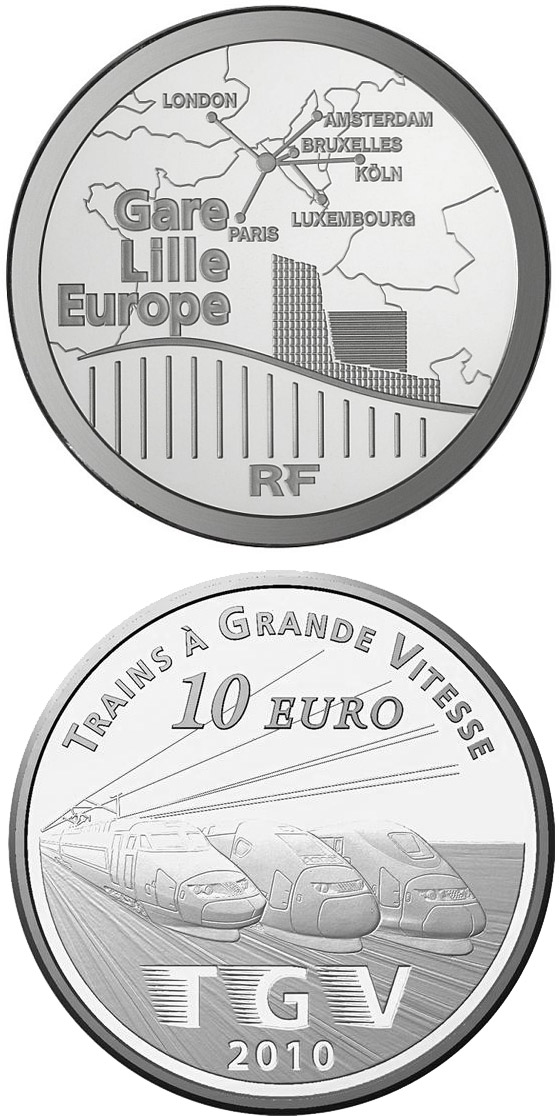 Monnaie de Paris is launching an entirely new collection on trains of France, with the intention of highlighting the technological excellence of French trains as well as the regions of France and their heritage. The Lille Europe railway station, with its extremely modern architecture, was first used in April 1994 when the Northern TGV line was launched. It was on the principle of transparency that this station was designed to welcome Eurostar trains travelling through Lille, heading for or coming from Brussels, London and Paris. Our master engravers have produced a coin dedicated to the Lille Europe station which will appeal to all railway enthusiasts. The obverse shows the Lille Europe station with its undulating roof design. Next to the roof, the Tour de Lille can be seen with the text "Gare Lille Europe". Above this, a section of the European rail network is shown. In the middle of the reverse side, the three TGV trains (TGV-Nord, Eurostar and Thalys) are shown at full speed on three parallel lines. The top of the coin is bordered with the text "Trains à grande vitesse". A special feature carried by all the denominations: an edge in the shape of a train wheel!