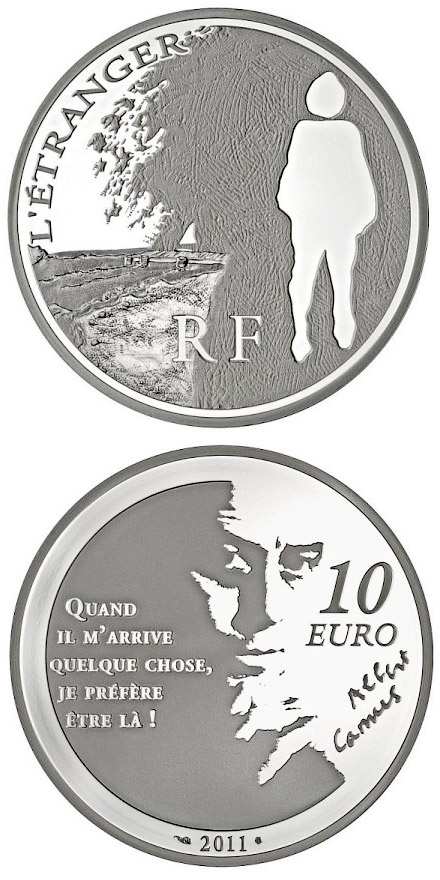 This new series honours a key part of French culture, representing the most illustrious characters from French literature in all its forms: from novels and short stories to theatre, philosophy, and more. The series begins with three legendary characters: Cosette, the martyred child of Les Misérables, Nana, Zola’s femme fatale with a tragic destiny, and Meursault, the anti-hero of The Stranger by Camus. Unveiled over a period of five years, each year of the series will be dedicated to a group of characters with similar destinies, or who have had a similar moral influence on readers. Cosette: the famous scene in which the child struggles to carry a heavy bucket of water appears on the obverse along with the title of the book. On the reverse is a portrait of Victor Hugo along with a quote about Cosette from Les Misérables. Nana: the obverse features Nana in alluring dress in the foreground, and a group of men in top hats watching a horse race in the background. The name of the heroine and the book appear in stylized print. The reverse bears a portrait of Emile Zola alongside a quote about Nana from the eponymous book. The Stranger: the obverse features the title of the work and a deliberately hazy representation of the protagonist on a beach. The reverse bears a portrait of Albert Camus alongside a quote about The Stranger from the book of the same title.