With the 2012 Summer Olympic Games taking place in London, Monnaie de Paris is celebrating judo as part of the Summer Games and Winter Games series. Judo became an Olympic sport for men in 1964 (Tokyo Olympics) and for women in 1992 (Barcelona Olympics). This coin is an opportunity for Monnaie de Paris to pay tribute to the French judokas, who are second only to Japan, as an Olympic medal-winning team. The judo move "O soto Gari" - a much-used technique to off-balance opponents and a throw required for belt exams - is a symbol of this sport and features in the background of the obverse. On the left side, the ideogram for judo comprises 2 designs: "flexibility" and "path". On the reverse is the judo move "Tomoe Nage", which is a throwing technique. A globe highlighting London is centred in the background of the coin. 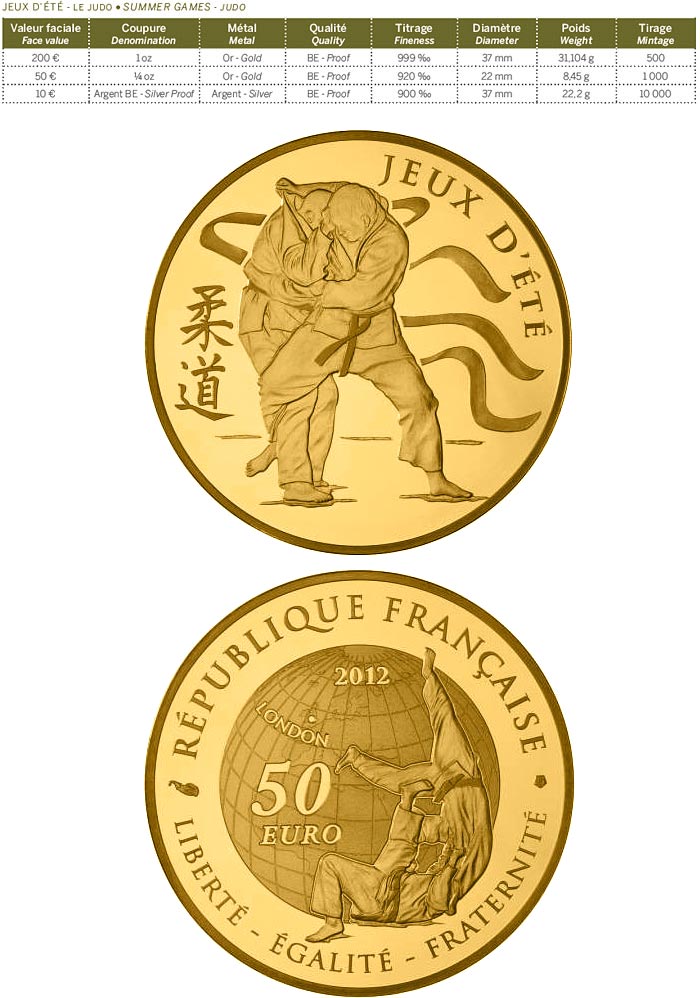