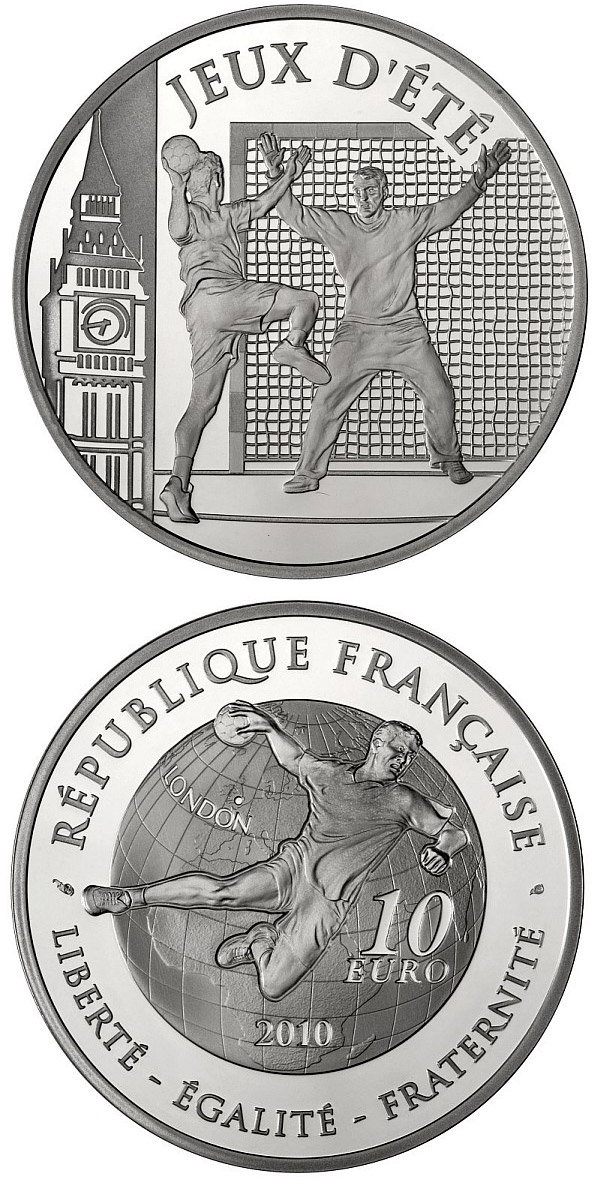 In the context of our Olympic Games collection highlighting the most popular summer and winter sports, Monnaie de Paris is issuing a coin featuring Handball, a team sport which the French team have excelled at for several years – they are currently Olympic and World champions (having been World champions 3 times). The obverse shows an attacker pivoting against a goalkeeper at full stretch. To the left, Big Ben, the London landmark, reminds us of the location of the next Olympic Games of 2012. The reverse shows an image of Earth focusing on the European continent. London is marked on the map with a dot and in the middle of the globe is a player shooting at full stretch.