10 euro - Franco-German friendship: celebrating 20 years since the creation of Eurocorps

Having made its debut in 1998, this year the "Europa" series pays tribute to the French-German friendship and celebrates the 20th anniversary of Eurocorps. This army corps, created in 1992 as the result of a French-German initiative, forms the basis of a European corps to which other EU members can contribute. It serves as reinforcement for European military collaboration. Currently, Belgium, Spain and Luxembourg are all members of Eurocorps. The obverse features a woman’s face symbolising the goddess Europa. On the reverse the President François Mitterrand and the Chancellor Helmut Kohl celebrate French-German friendship in Verdun. This symbolic action largely contributed to the creation of Eurocorps. 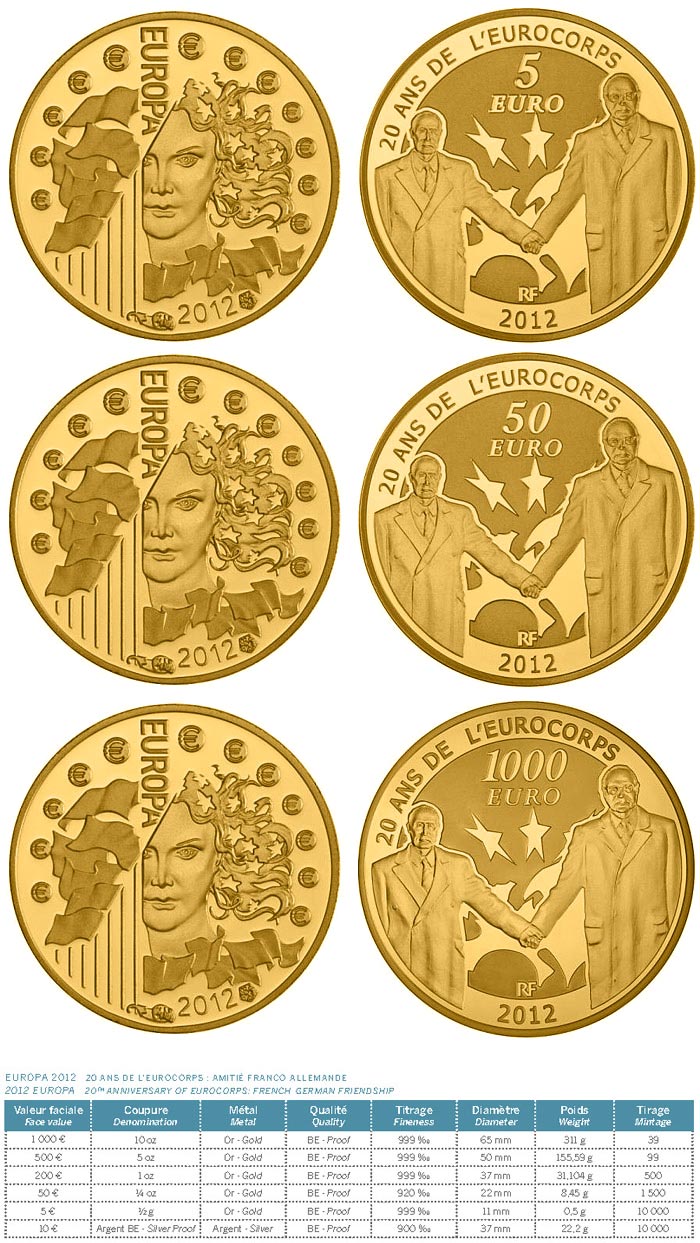