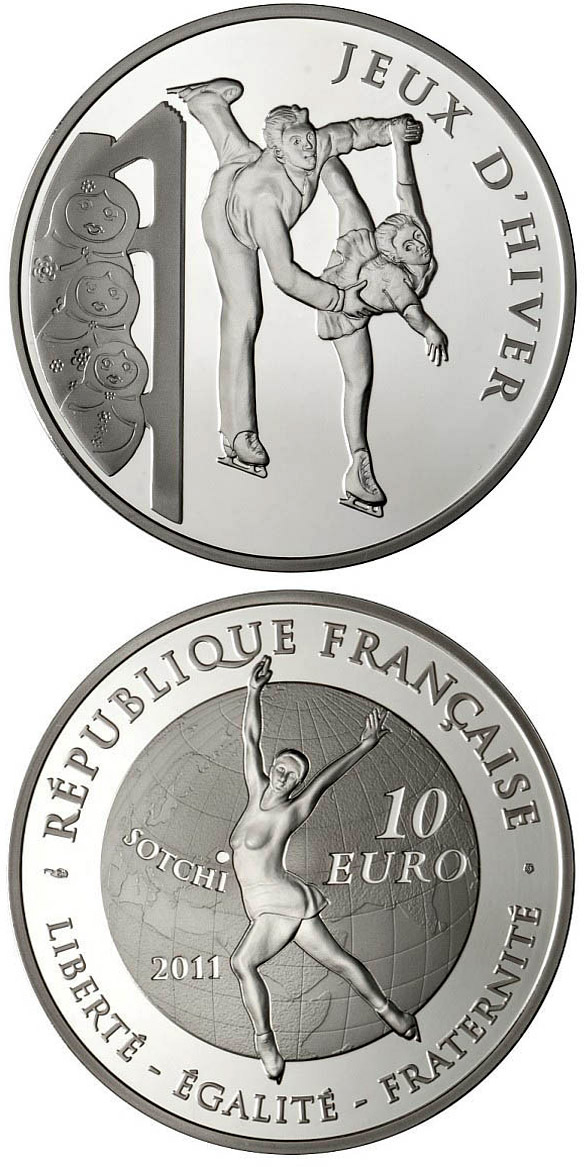 In this series, Monnaie de Paris highlights the most popular sports of the Summer and Winter Olympic Games. This year, the focus is on figure skating, which was an Olympic sport even before the Winter Olympics were created, having appeared in the 1908 Summer Olympics in London. The striking of these coins is also an opportunity for Monnaie de Paris to pay tribute to French figure skaters, who regularly win a large number of medals, particularly in the dance category. The obverse features a pair of skaters executing an arabesque. In honour of the site of the 2014 Winter Olympics (Sochi, Russia), Russian nesting dolls appear on the left side in front of the runner of an ice skate. The top right features the words “Jeux d’hiver.” The reverse design depicts a female skater in front of a globe with the continent of Europe positioned toward the front – an allusion to the location of the upcoming Winter Games.