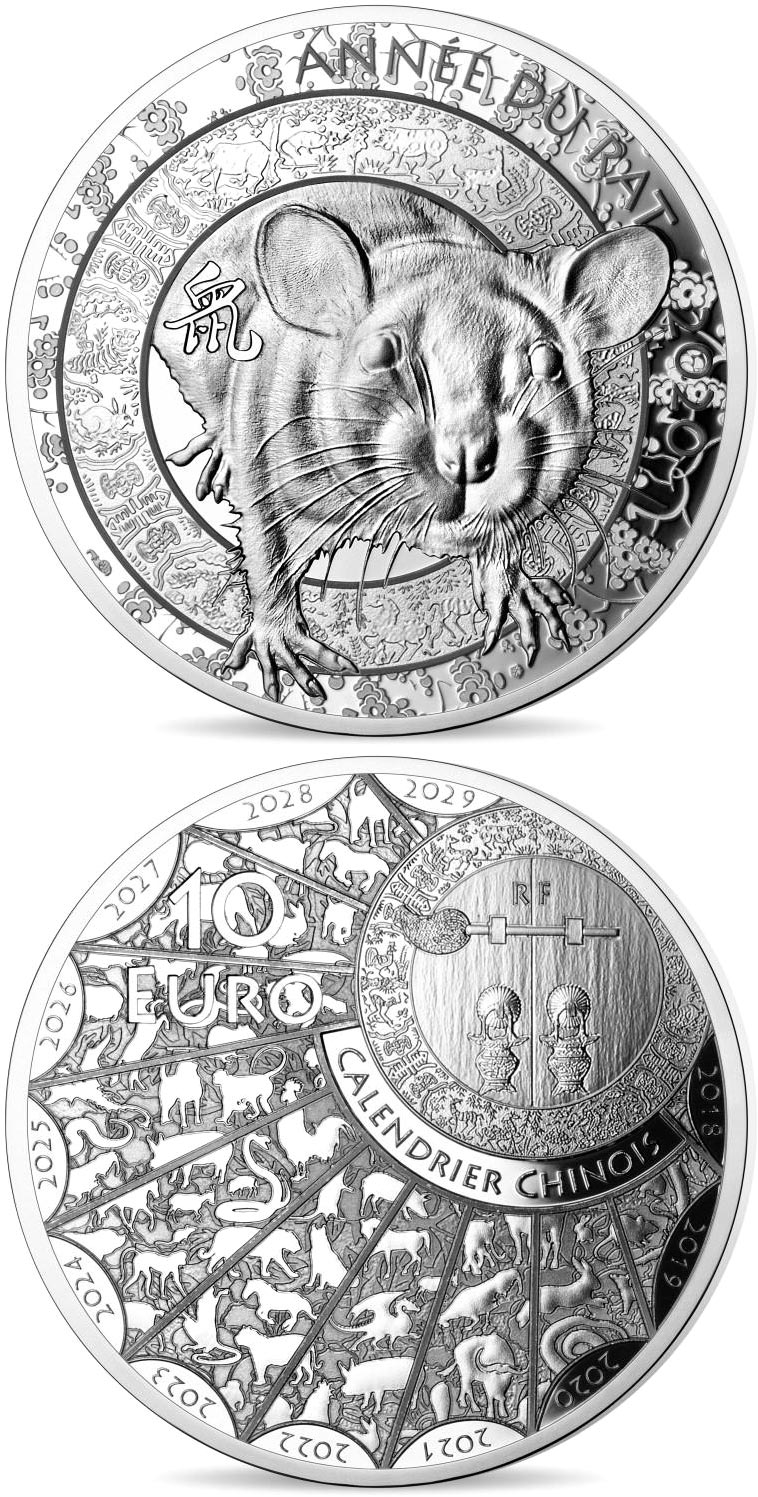 The series features each year the Chinese calendar animals. Chinese astrology is based on a 12 years cycle, represented by twelve animals. The 2020 year is the year of the rat. On the obverse, surrounded by a pattern inspired by Chinese traditional arts, the pig flies out from the middle of the coin. The wording « Year of the Pig » surrounds the design. An ideogram realized by a Chinese Calligraphy Master is also displayed. On the reverse we can find the twelve animals that constitute the Chinese zodiac displayed on a traditional screen alongside a Chinese temple door. The one the pig used to go “through” the coin.