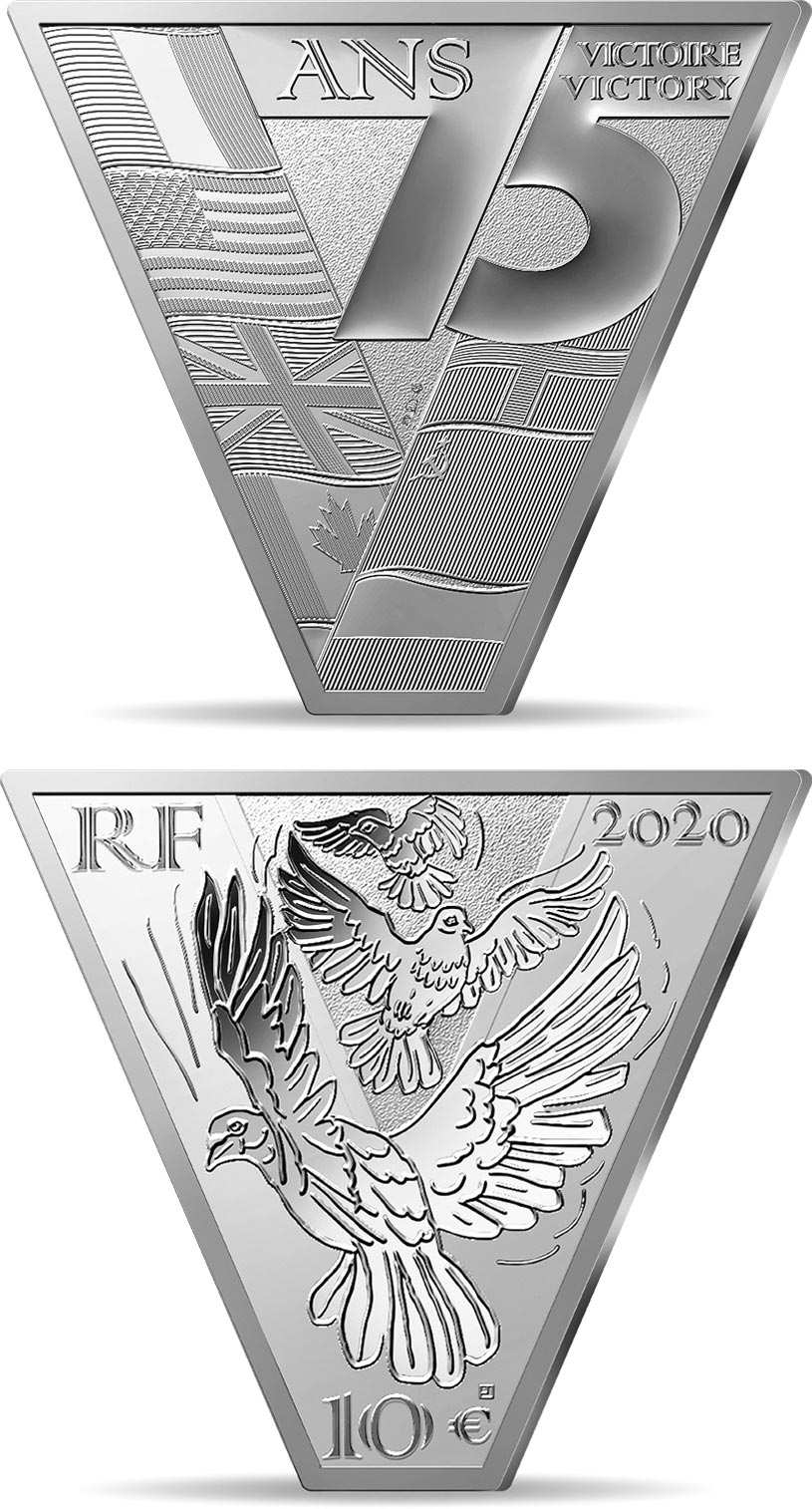 In 2020, the Monnaie de Paris is paying tribute to a new event that has marked history and spirits as part of the "Mankind History" collection. Celebratingthe 75th anniversary of the peace brought by the end of the Second World War, This coin takes the form of the symbol of the Allied force: the V. On the obverse of the coin are the flags of the allied nations of the Second World War. These flags bear the heraldic codes for colours. The inscription "75 ans Victoire - Victory" appears on theright and refers to the anniversary of the Allied victory over Nazi Germany. The coin is in the shape of a trapeze bearing a V made up of flags symbolizing Victory, an innovation for Monnaie de Paris. The reverse of the coin represents doves taking flight. These doves are synonymous with peace. The bird in the foreground has its wings spread out in a V-shape echoing the Allied victory over Nazi Germany. The face value, the yeardate and the word "RF" are also visible on thi sreverse. 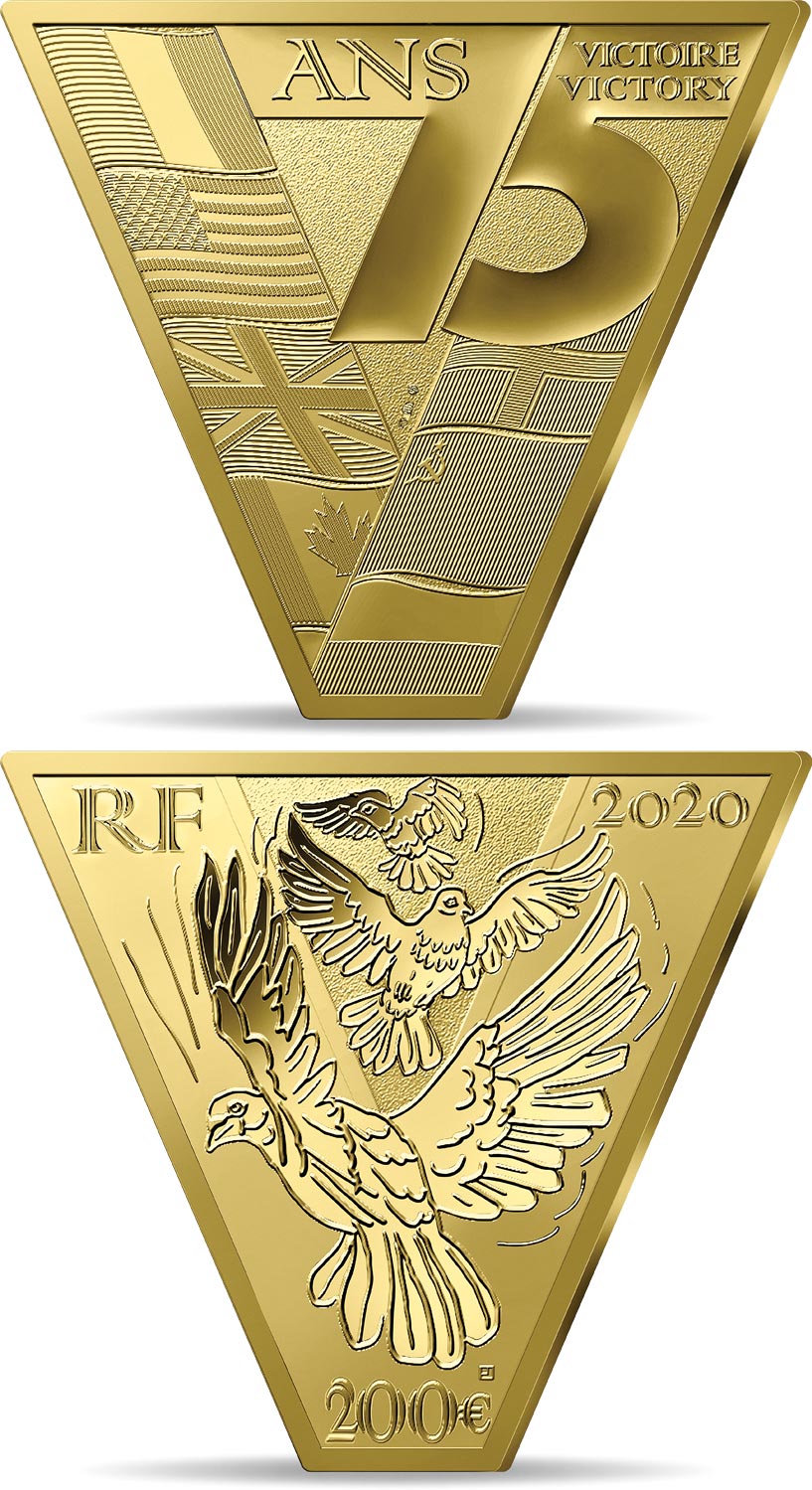