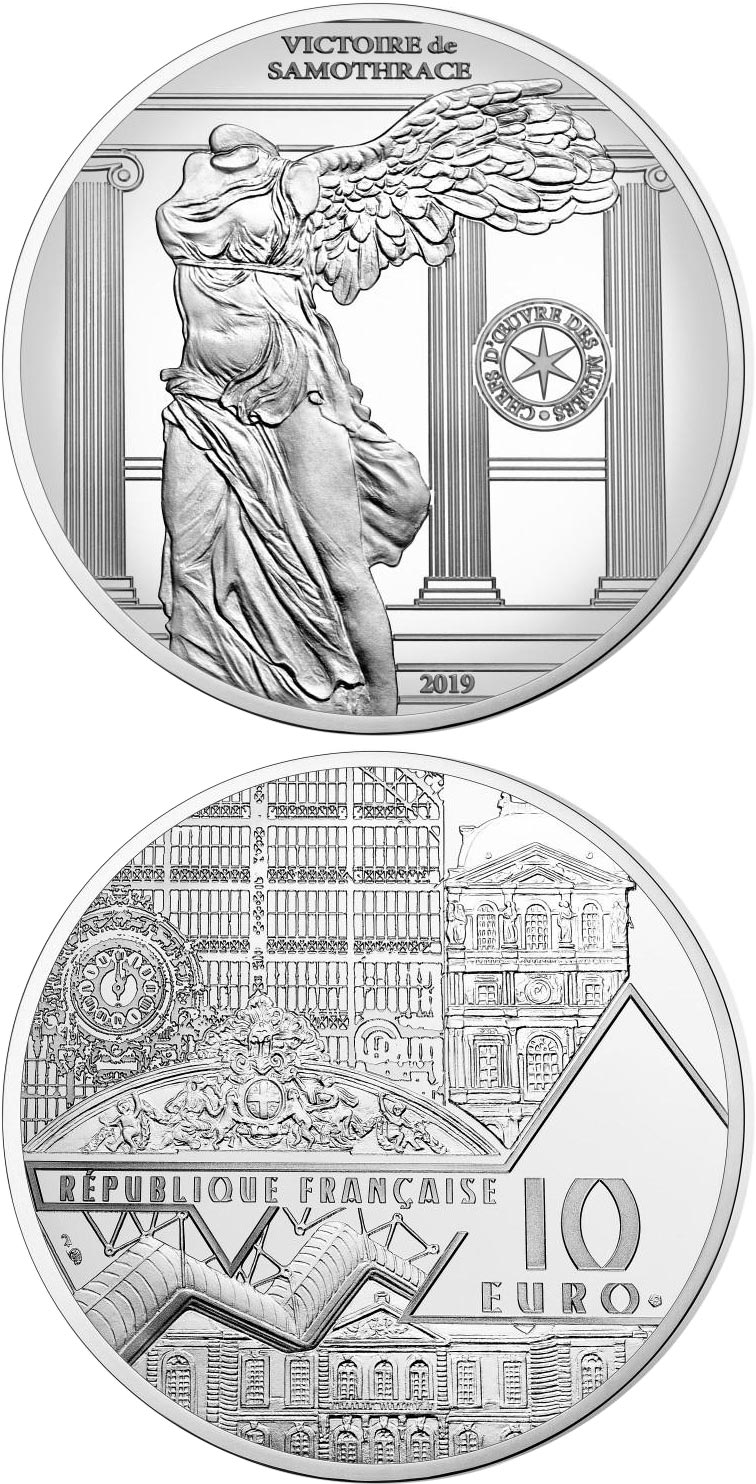 Monnaie de Paris pays tribute to the major masterpieces of French museums. At the forefront, the obverse shows the sculpture representing Niké, the goddess of Victory, key symbol for the Hellenistic Greece. Enhanced by wings and drape, this statue without head and arms came on Earth to honour the winner according to the legend. In the background, pillars are referring to the room in which the Monument is displayed at the Louvre Museum. The name of this masterpiece is written at the top of the coin. The stamp “Chefs d’oeuvre des Musées” has been added on the right side. The reverse is common for the series, it shows a mix of some French museums views.