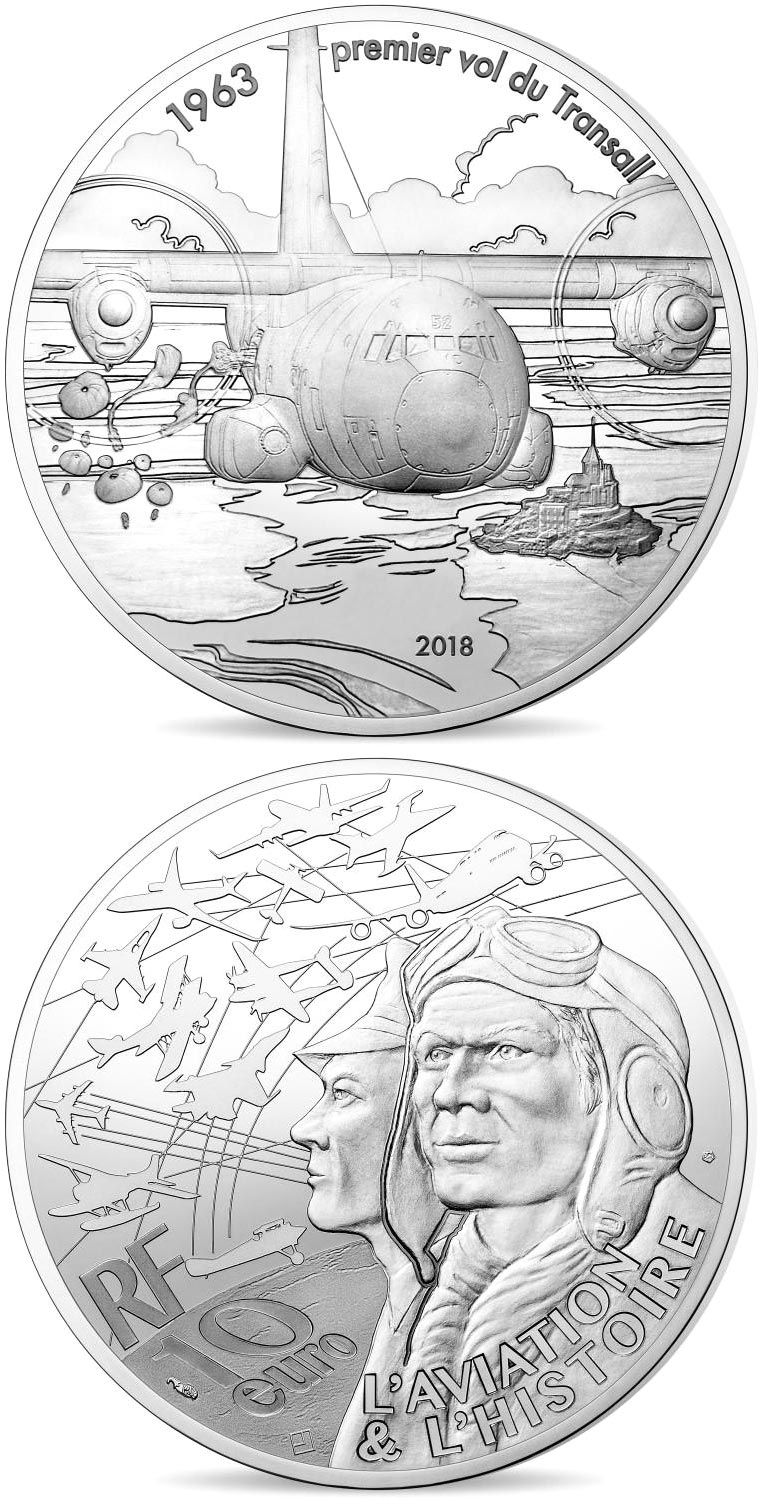 Monnaie de Paris pays tribute to the major aircraft along its adventure. Every year two planes are honored. The name, a contraction of Transport and Allianz, on its own symbolizes the Franco-German collaboration that developed this transport plane in 1963. The sturdy aircraft, used by many countries, will celebrate its 55th anniversary in 2018. On the obverse, a Transall flies over Mont Saint-Michel, dropping parachutists over the bay, symbolizing the use of the aircraft for the transport of several generations of parachutists. The reverse, common to the series, features the profiles of two pilots, symbolising the different eras and types of use: civil and military. In the sky are several aircrafts, also representing the different eras and uses, in a tribute to the history of aviation. The face value is inscribed on the bottom left of the reverse side, as is the symbol “RF”.
50 Euro - Silver - 250 pcs 50 mm
50 Euro - .999 Gold - 500 pcs 22 mm 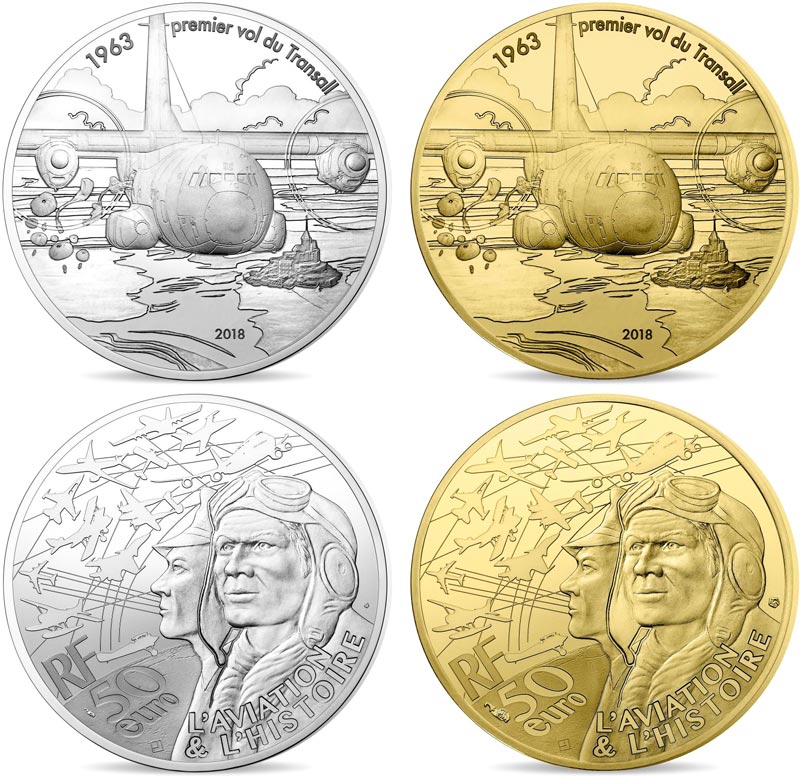