The 10 euro silver coin with gold reliefs (Proof version) continues in its series dedicated to the twelve Apostles, featuring Andrew, brother of Peter. Andrew is the first of the apostles we encounter in the Gospels. He introduced Jesus to his brother Peter and together they decided to leave their occupation as fishermen to follow the Messiah. The coin features the Saint embracing the diagonal cross (in the shape of an X, known as the cross of Saint Andrew), on which he was crucified in Patras, Greece. In his left hand Andrew holds two fish, symbolizing his former activity as a fisherman before becoming a messenger of the word of Jesus, and the miracle of the loaves and fishes. He is the patron saint of fishermen. 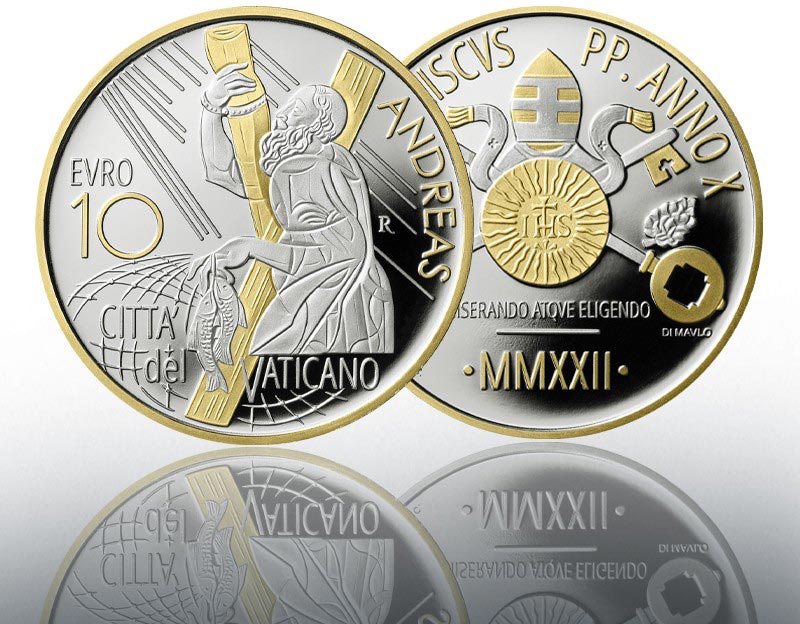