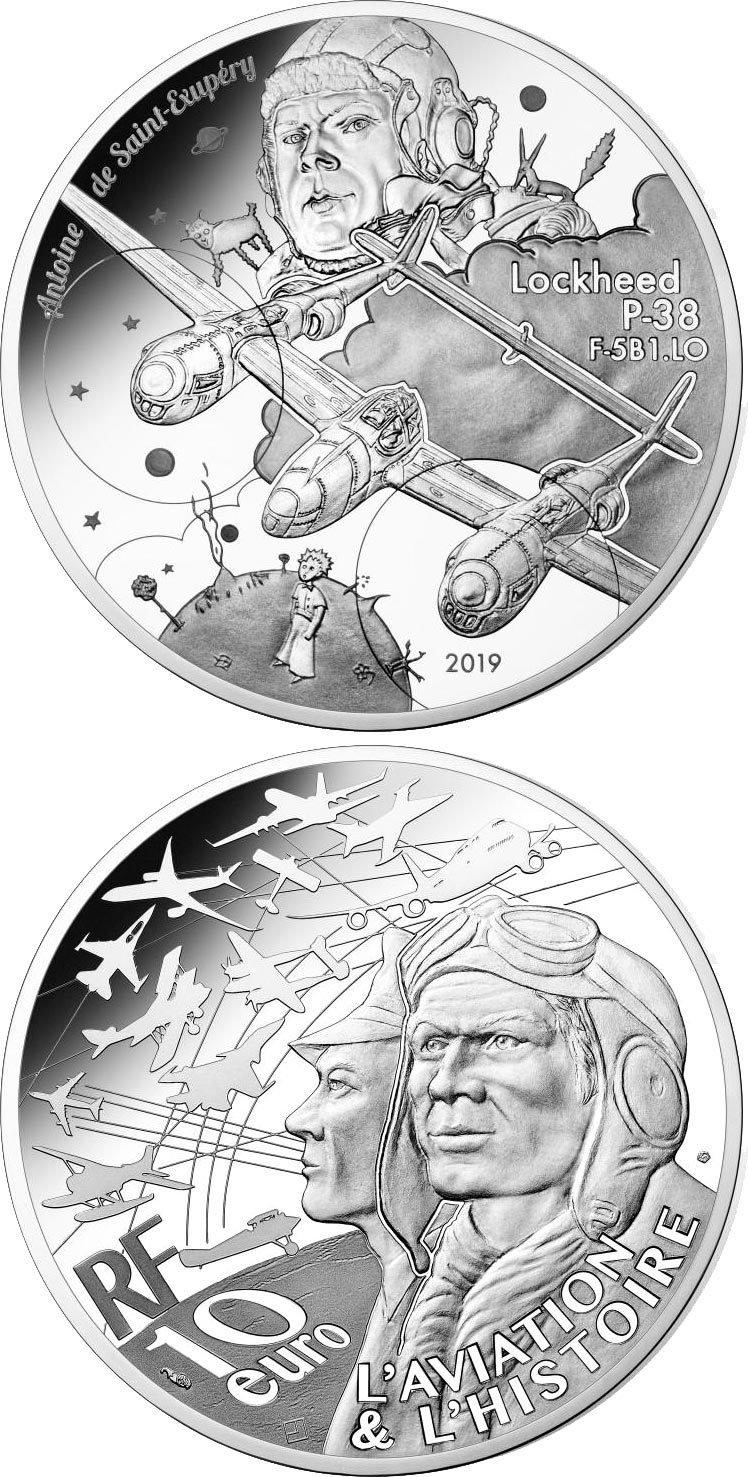 Monnaie de Paris pays tribute to the major aircraft along History. Every year two planes are honoured. The P-38 Lightning is a World War II fighter designed by Lockheed. A prototype made its first flight on January 27, 1939. Among the many pilots of P-38 or derived, we find the French pilot-writer Antoine de Saint-Exupéry 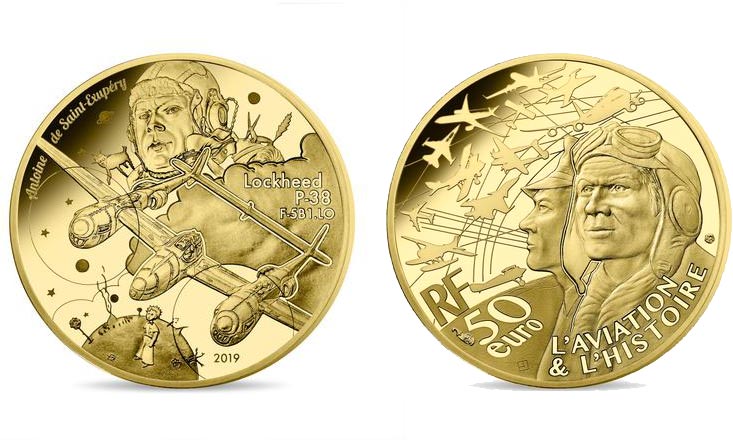