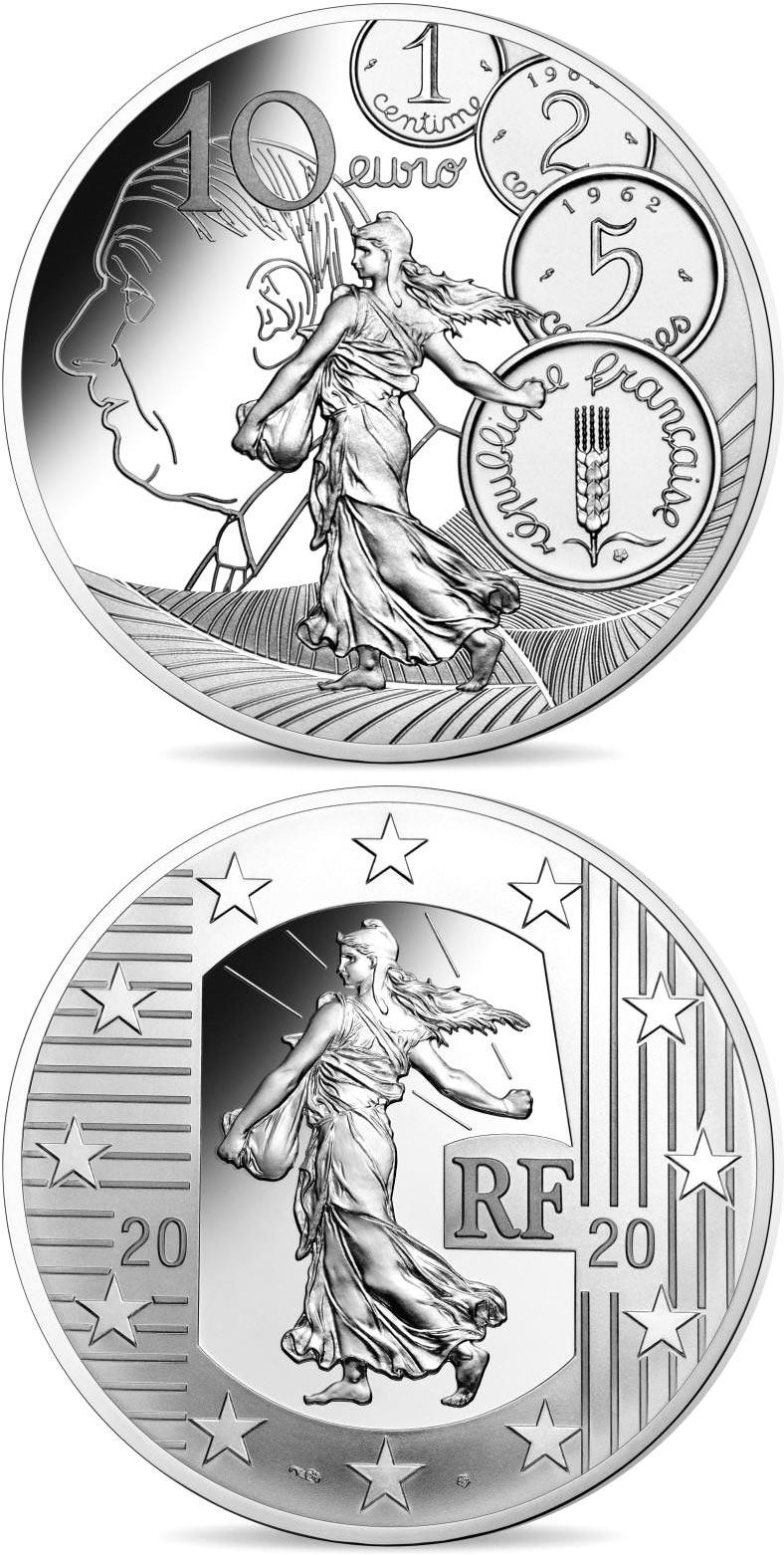 The Sower series presents the most historically significant coins of France’s history In 2020 the New Franc is honored Created under General de Gaulle's directive, the New Franc was introduced to stop the devaluation of the Franc and to facilitate the convertibility of the currency, allowing France to participate fully in the launch of the major European Community construction project The reverse evokes the great monetary reform of the Fifth Republic with General de Gaulle, the prescriber of this new currency The obverse and reverse of the new francs are then presented with a highlight on the Marianne of the pre 1914 coins, synonymous with economic renewal The obverse depicts Roty’s Sower in a more contemporary setting.
50 euro gold 22 mm 500 pcs