The obverse of the coin shows the Brandebourg Gate, previously on the East side, Crowned by the quadriga of the Greak goddes of Victory; it is one of the strongest symbol of Berlin and of Germany. In the center, a soldier holding a rose, goes through the wall as an allegory of the fall of the wall. « Berlin » is written in a tag way on the wall. Below the coin, « 30 Jahre Mauerfall » is written. It means 30 years of the Fallen Wall. For this series, Monnaie de Paris innovates by offering a shaped coin with an optical illusion. On the reverse, « 30 ans de la Chute du Mur de Berlin 1989-2019 » is like hadwritten honouring this major event kept in mind by many people. The face value and the RF incription also appear. 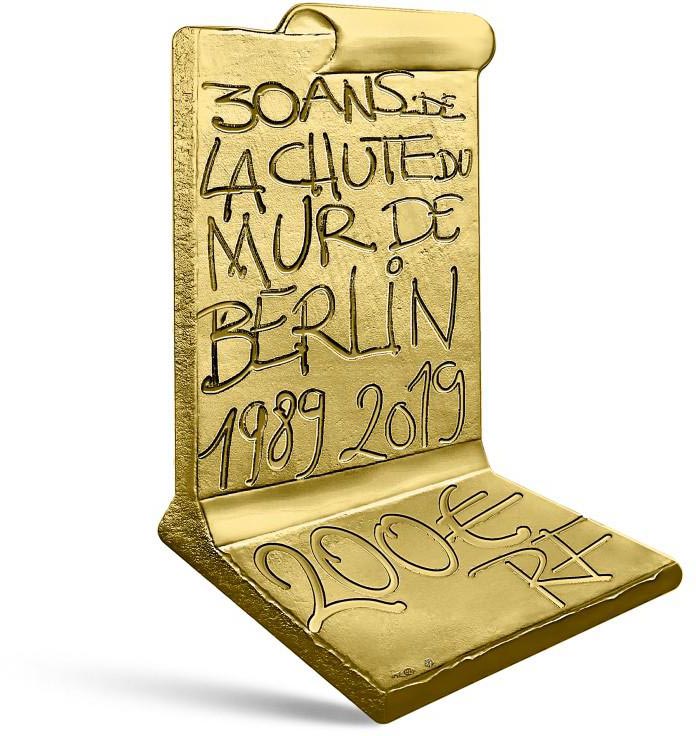