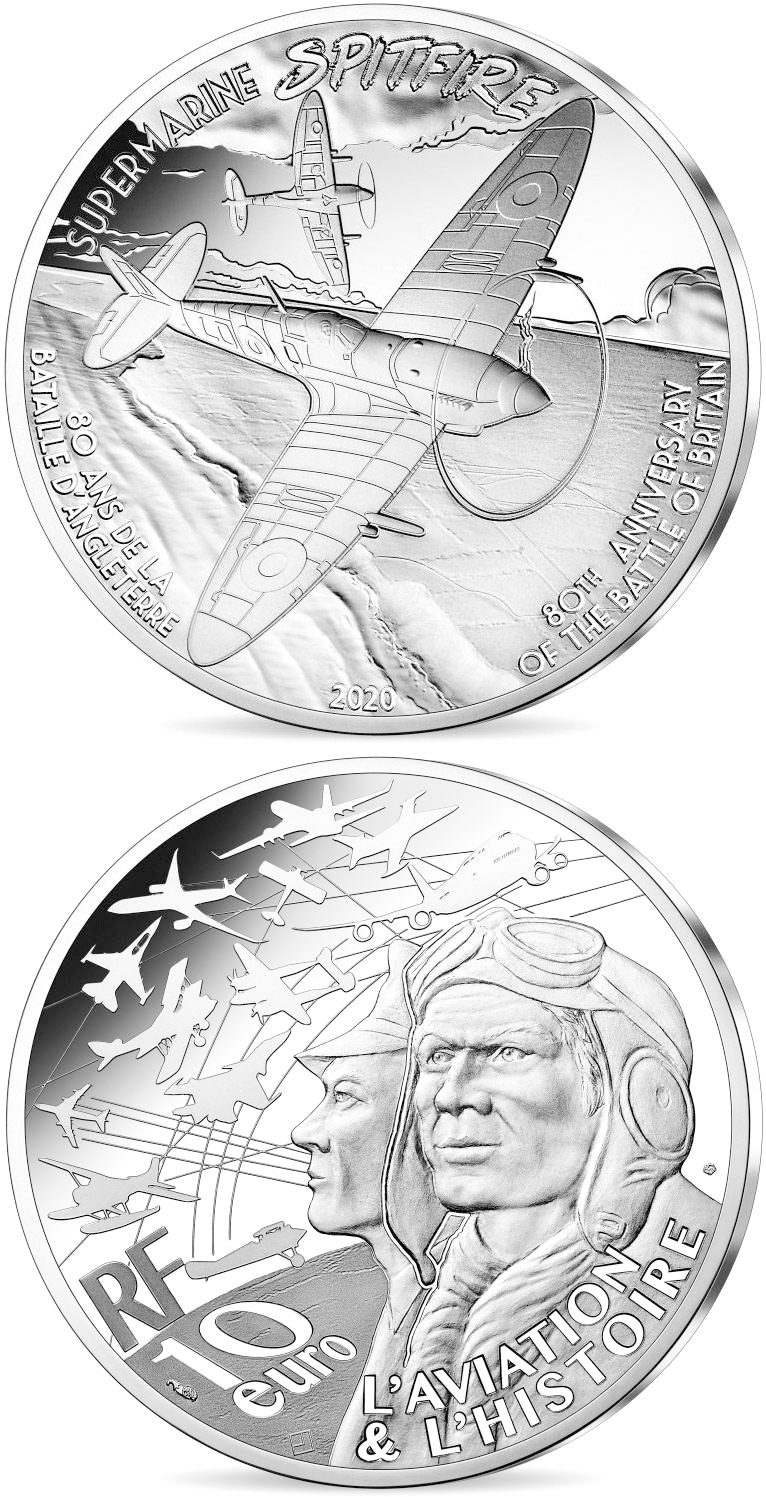 Monnaie de Paris pays tribute to the major aircraft along History Developed in the 1930s, the Spitfire took its first flight on the 5th of March 1936 and made History when it enabled United-Kingdom to win an aerial battle against the German forces. The front shows two Supermarine Spitfires flying at full speed during an operation to protect the English coast around Douvres. The reverse, common to the series, features the profiles of two pilots, symbolising the different eras and types of use: civil and military. 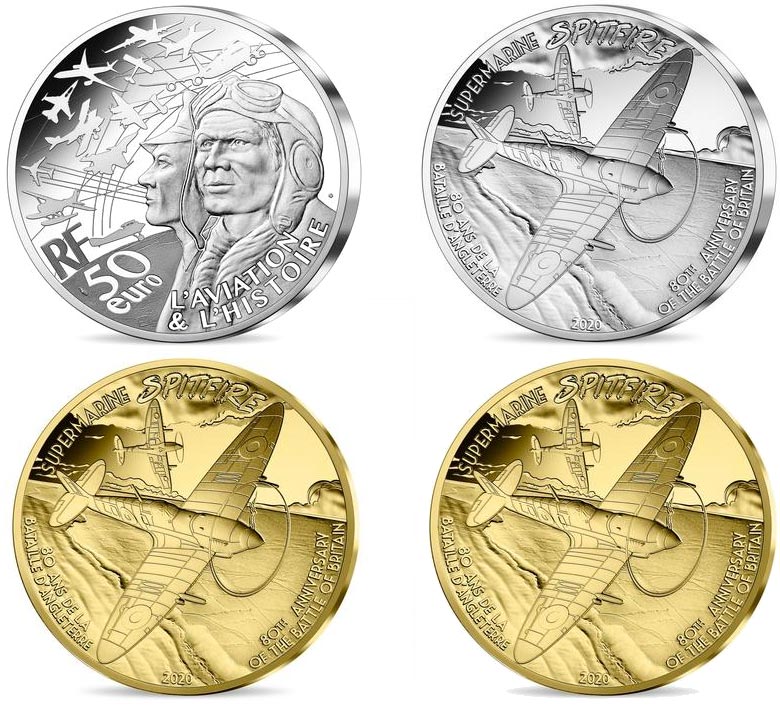