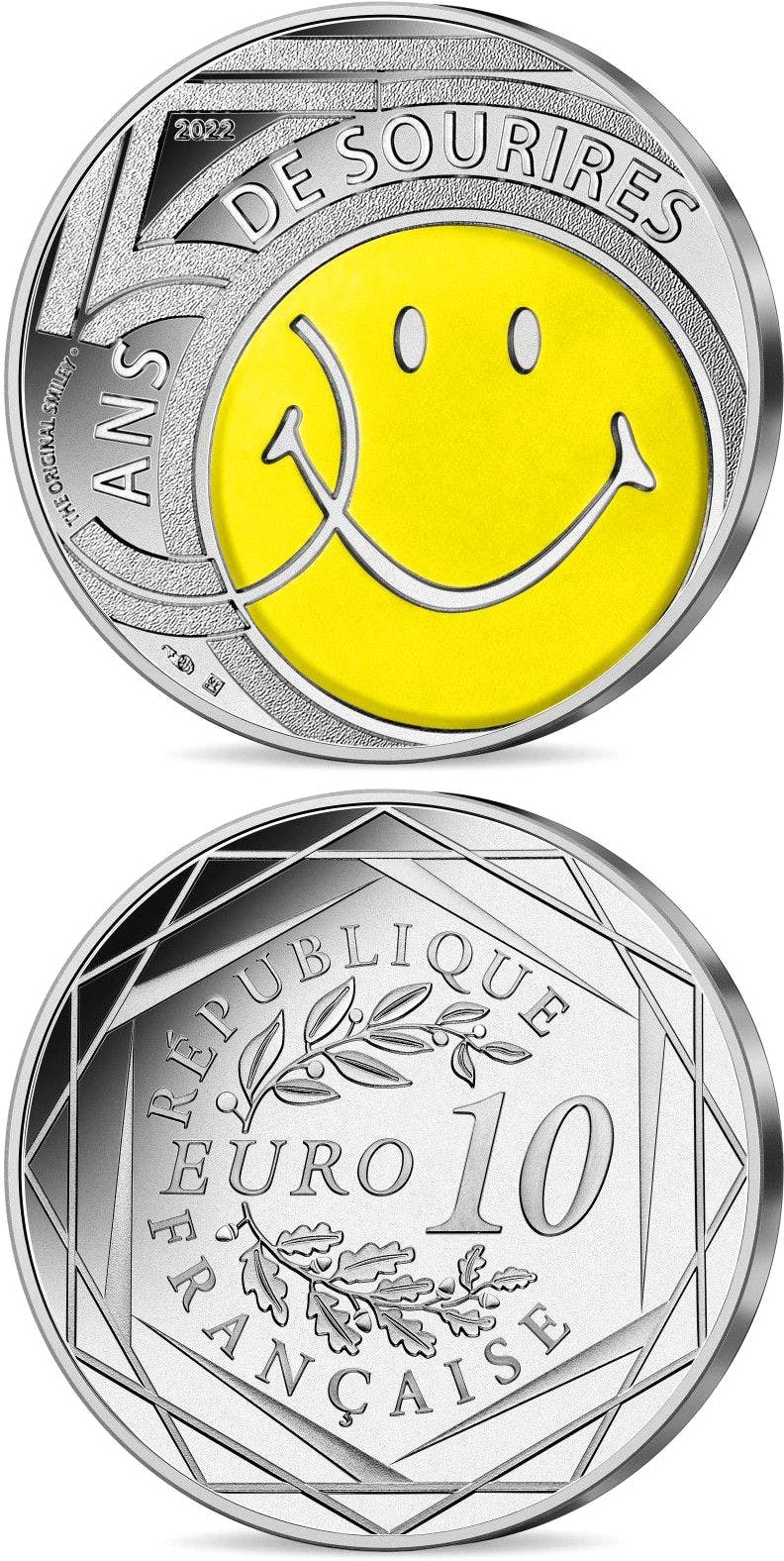 In 2022, Smiley celebrates its fifth decade of smiles and optimism. The emblematic yellow, round face of the brand was born on 1st, January 1972 in France, when journalist Franklin Loufrani used this infectious smile in the newspaper France-soir in order to highlight stories which brought positive news and cheered up French people’s spirit. This operation, called « Take the time to smile » was an immediate success. In 1996, the logo is relaunched and developped in other forms : a new 3D version is created and new expressions are added in. Nowadays, from the smiley to the emoticon, smiling takes multiple forms, becoming a representative of cheerfulness ! On the obverse, the iconic smiley appears : round, yellow, with two dots as its eyes and an arc to depicts a smiling face. Here, the smiley acts as a part of the « 50 years of smiles » mention, which celebrates the anniversary of the most famous smile in the world, a symbol of happiness, positivity and optimism. On the reverse, the statement « République Française » and the value numeral are written, framed by two hexagons.