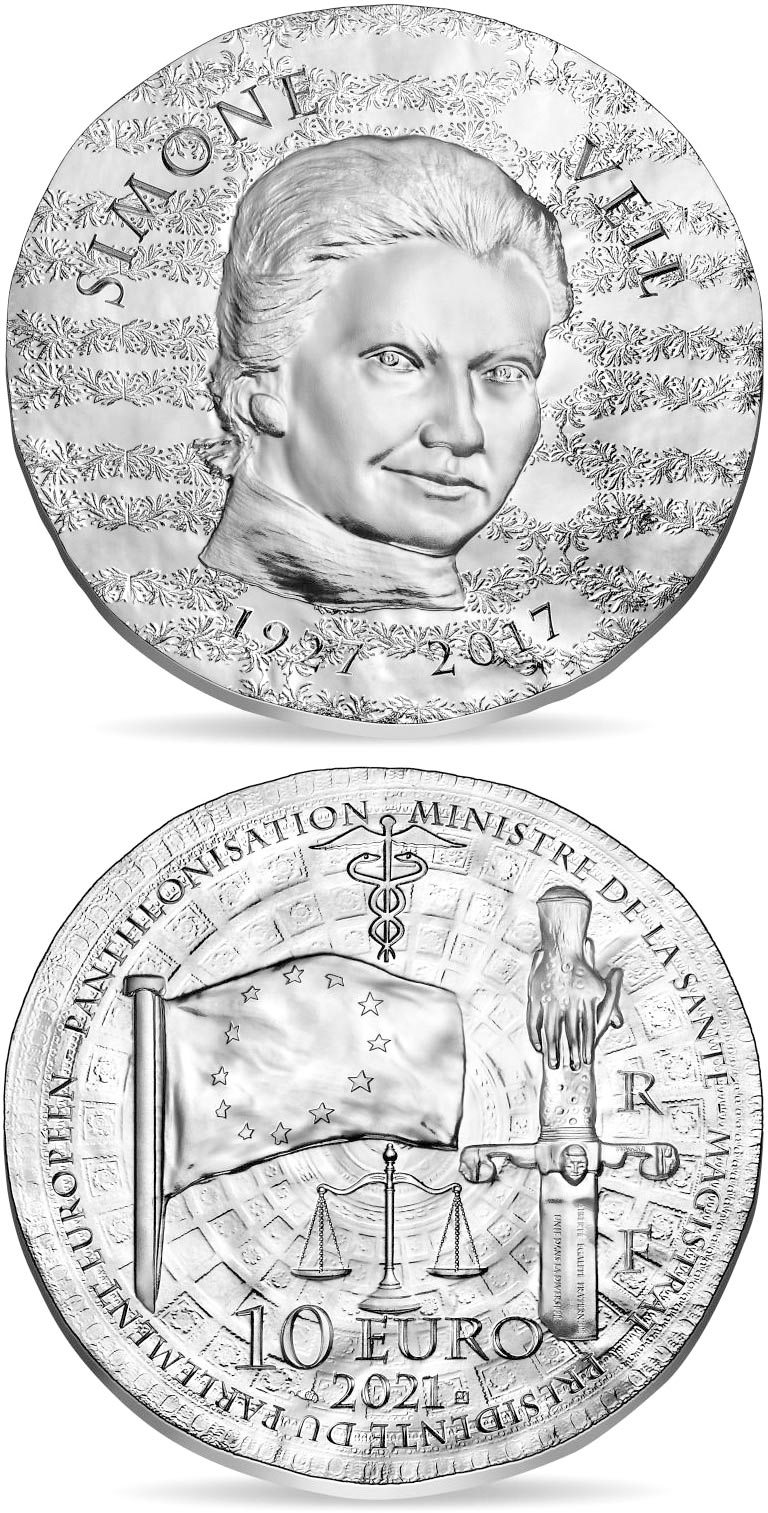 This series of coins highlight the women who marked France’s History Through their portrait and the significant events of their life, Monnaie de Paris’ engravers have transcribed those famous women’s personality Some textures treated as all over textile patterns appear in the background of the coins. The obverse shows a portrait of Simone Veil smiling as she looks at us. Simone Veil's name and her dates "1927 - 2017" make a circle around her portrait. This coin is characterized by a free striking process that highlights a rich textile motifs. The background of the coin represents the embroidered olive branches on the academician garment, worn during official ceremonies. This minting quality gives the coins an antique look and makes them “perfectly imperfect”. The reverse shows several elements that echo her exceptional public life : first of all, the ceiling of the Pantheon is engraved in the background, where she currently rests. On the right, there is her academician's sword, which she had engraved with the number 78651 that had been tattooed to her arm in the Auschwitz camps. The caduceus, on the top of the coin, reminds us of her crucial role in the Minister of Health. The scales below represents her career as a magistrate. The European flag pays tribute to her Presidency at the European Parliament. These different stages of her life are engraved around the edge of the coin and create a circle. The word "RF" and the year of issue are visible at the bottom of the coin. 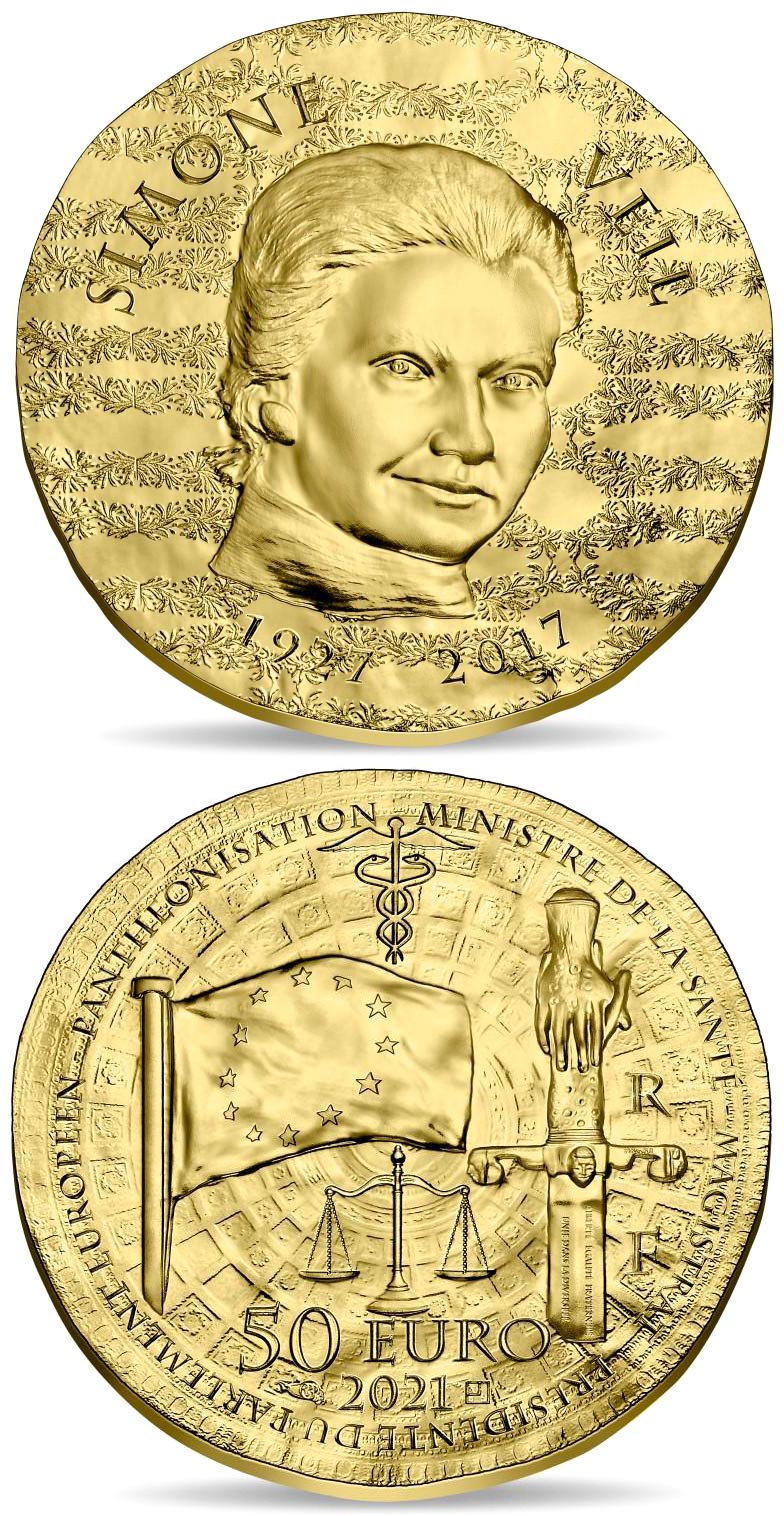