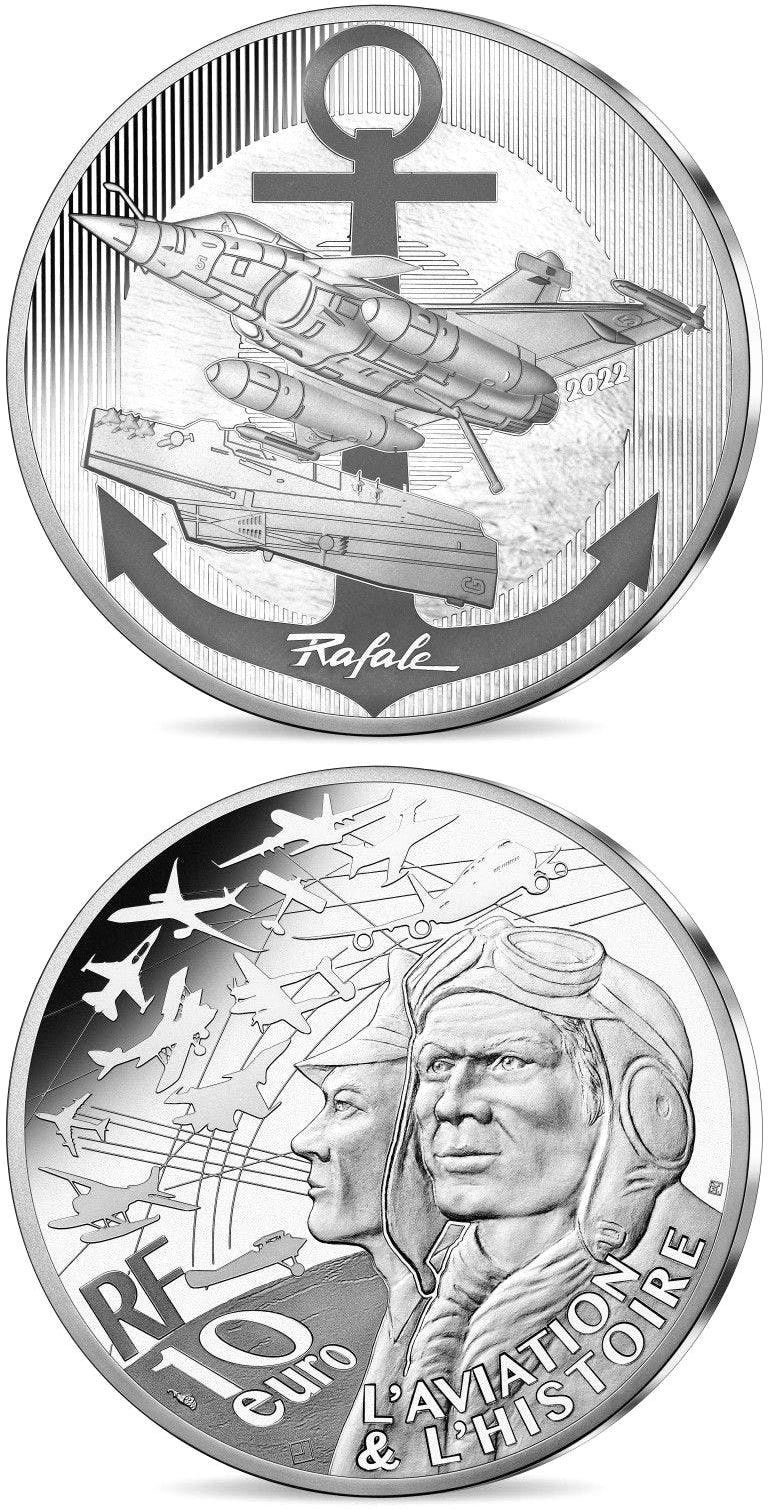 In 2022, Monnaie de Paris pays tribute to The Dassault Aviation Rafale, an omnirole combat aircraft developed for the French Navy and Air Force, delivered from May 18th, 2001 and entered service in 2002 in the Navy. The obverse represents a Rafale in full approach with the landing hook deployed. In the background, we can see the aircraft carrier in the open sea. The naval aviation cockade is inscribed around the perimeter. The "Rafale" signature is affixed to the Navy anchor. The reverse, common to the series, features the profiles of two pilots, symbolising the different eras and types of use: civil and military. In the sky are several aircrafts, also representing the different eras and uses, in a tribute to the history of aviation. The face value is inscribed on the bottom left of the reverse side, as is the symbol “RF”. 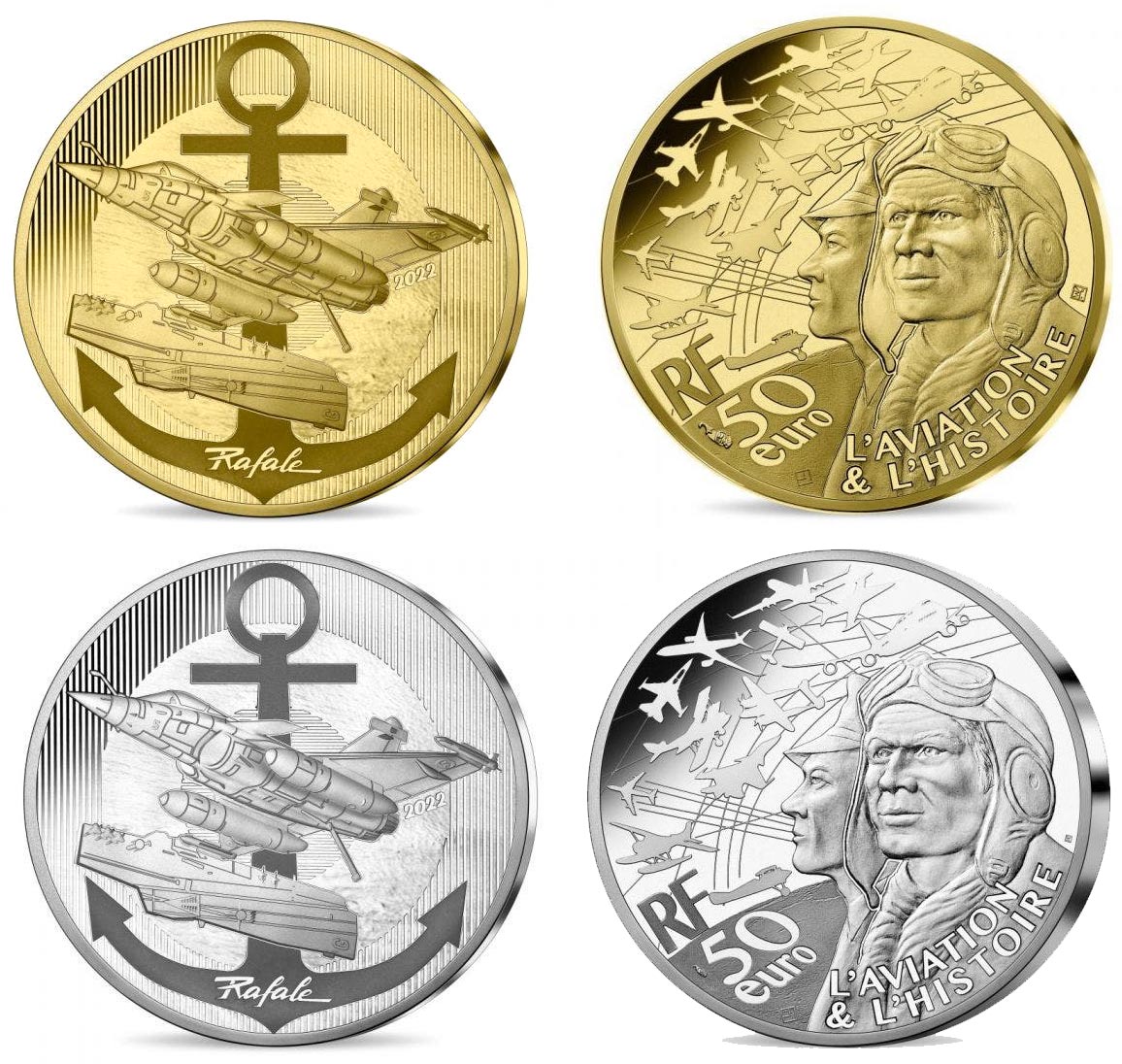