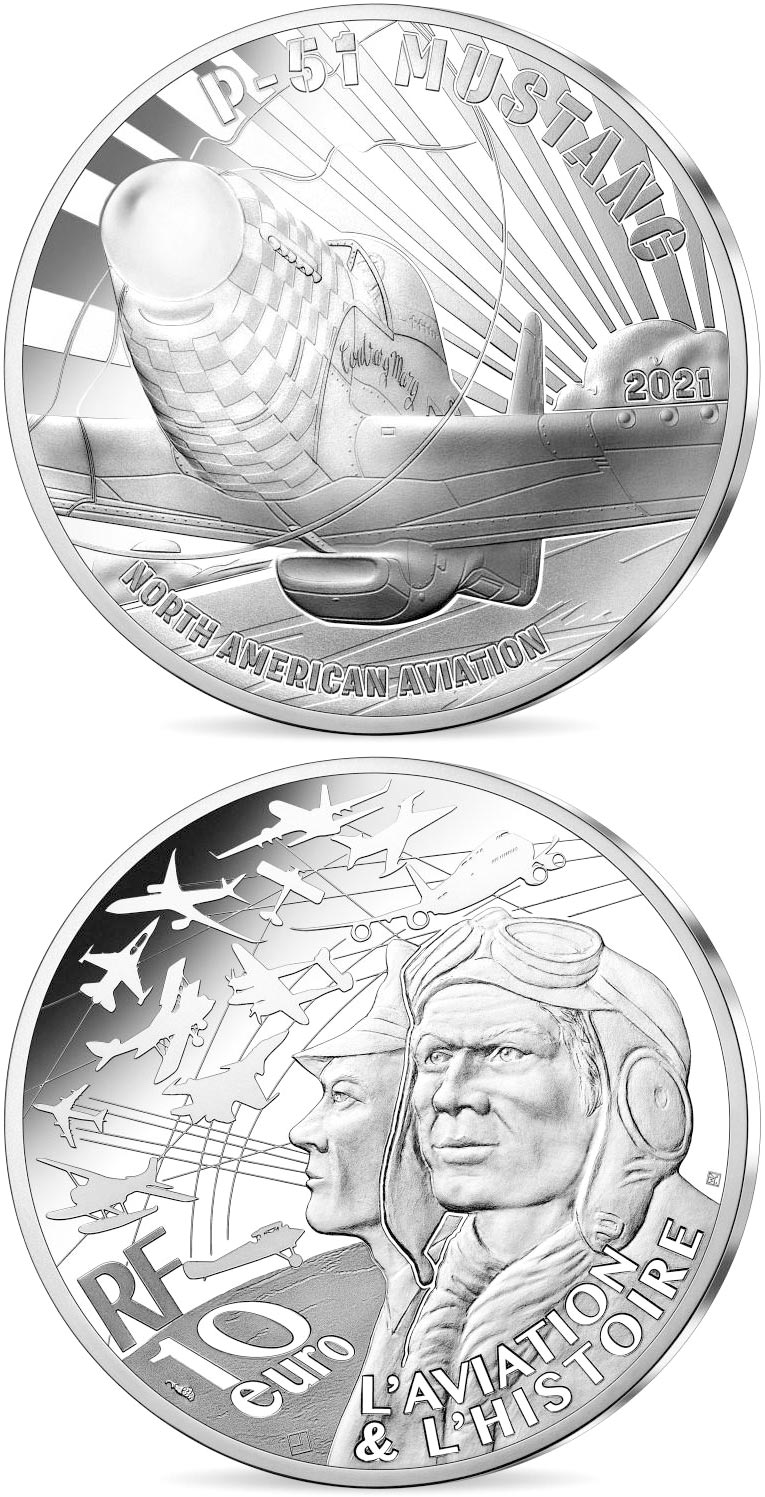 In 2021, Monnaie de Paris is highlighting the P51 Mustang. Initially confined as a reconnaissance and ground support aircraft, it represented an innovation thanks to its laminar profile wings, thus improving its aerodynamics. It was during the Second World War that it was able to claim the title of best fighter thanks to a new engine that allowed it to be a strategic asset on the Western Front, particularly in 1944 when it played a decisive role in the air superiority in Germany. The obverse shows a P-51 Mustang taking off. In the background, one can see the sun's rays hidden by a cloud. The mention "NORTH AMERICAN AVIATION", refers to the manufacturer of this aircraft. The vintage is also present, on the right wing of the aircraft. The P-51 pictured is an aircraft that was assigned to the 84th Fighter Squadron, which bears the name "Contrary Mary". It was the personal aircraft of Lieutenant-Colonel Roy Caviness. The reverse, common to the series, features the profiles of two pilots, symbolising the different eras and types of use: civil and military. In the sky are several aircrafts, also representing the different eras and uses, in a tribute to the history of aviation. The face value is inscribed on the bottom left of the reverse side, as is the symbol “RF”. 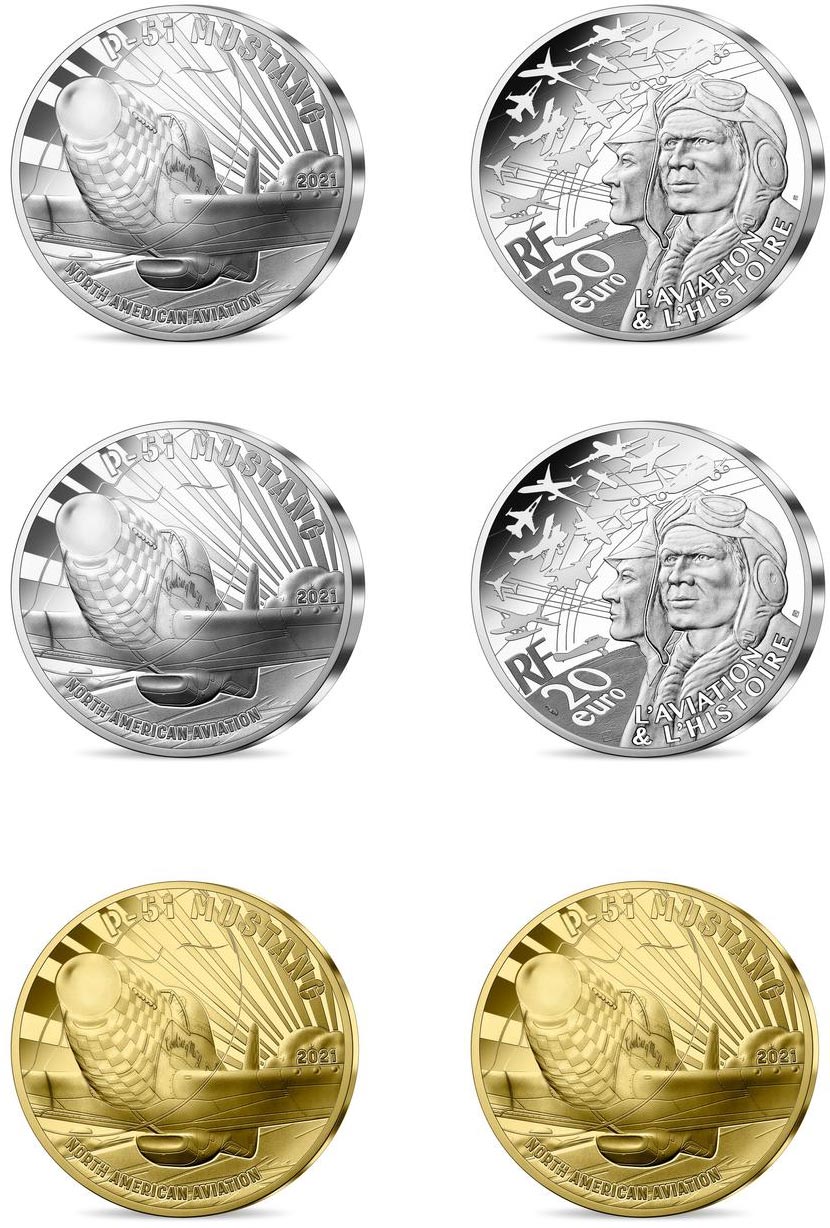