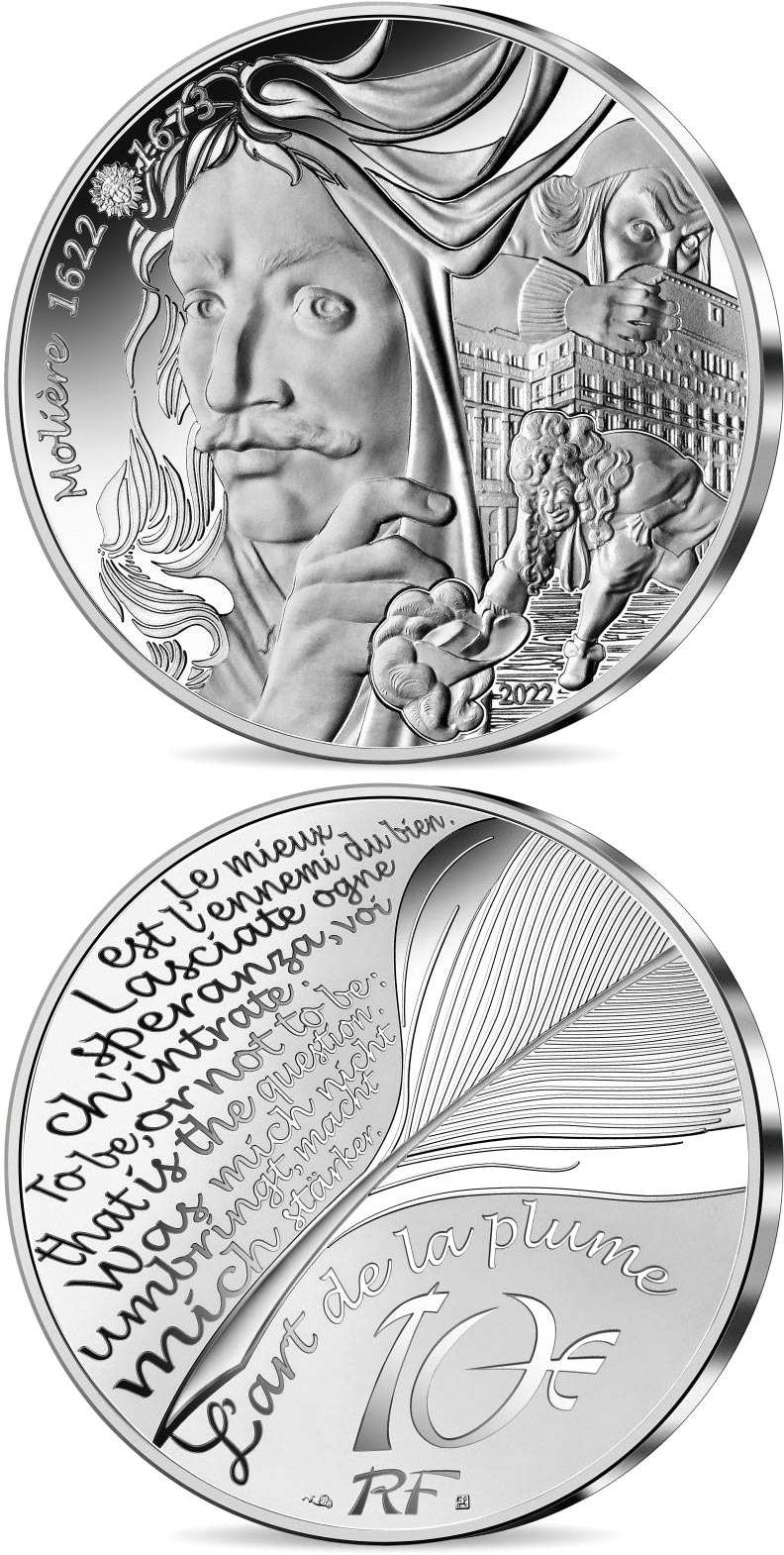 In 2022, on the occasion of the 400th anniversary of his birth, Monnaie de Paris pays tribute to Jean-Baptiste Poquelin, known as Molière, the greatest actor and playwright of French theatre. On the observe of this coin, Jean-Baptiste Poquelin, known as Molière, is shown in profile, The most famous French playwright is depicted in a theatre setting: his hair merges with the stage curtain and theatre boards are visible. Two of his most iconic characters from his plays are also present: the Bourgeois Gentilhomme and the Avare, whose "precious" is an allegory of the Comédie Française Theatre, also represented in the background. Also known as the House of Molière', Comédie Française is the theatre where he performed his last play: Le Malade Imaginaire. His name and dates are shown on the outline of the coin with a sun, symbolising the protection afforded to him by Louis XIV. This design exists in 20€ Proof High Relief to highlight the author's profile. The reverse side is common to the entire "Art of the Pen" series". Several emblematic quotations are inscribed on it, such as Voltaire’s “Le mieux est l’ennemi du bien", Dane Alighieri's "Lasciate ogne speranza voi ch'intrate", William Shakespeare's "To be or not to be: that is the question" or Nietzsche's "Was mich nicht umbringt, macht mich stärker". A feather is engraved in the center of the coin and underneath the title of the serie. The mention "RF" is designed at the bottom right of the coin as well as the hallmark of Joaquin Jimenez. 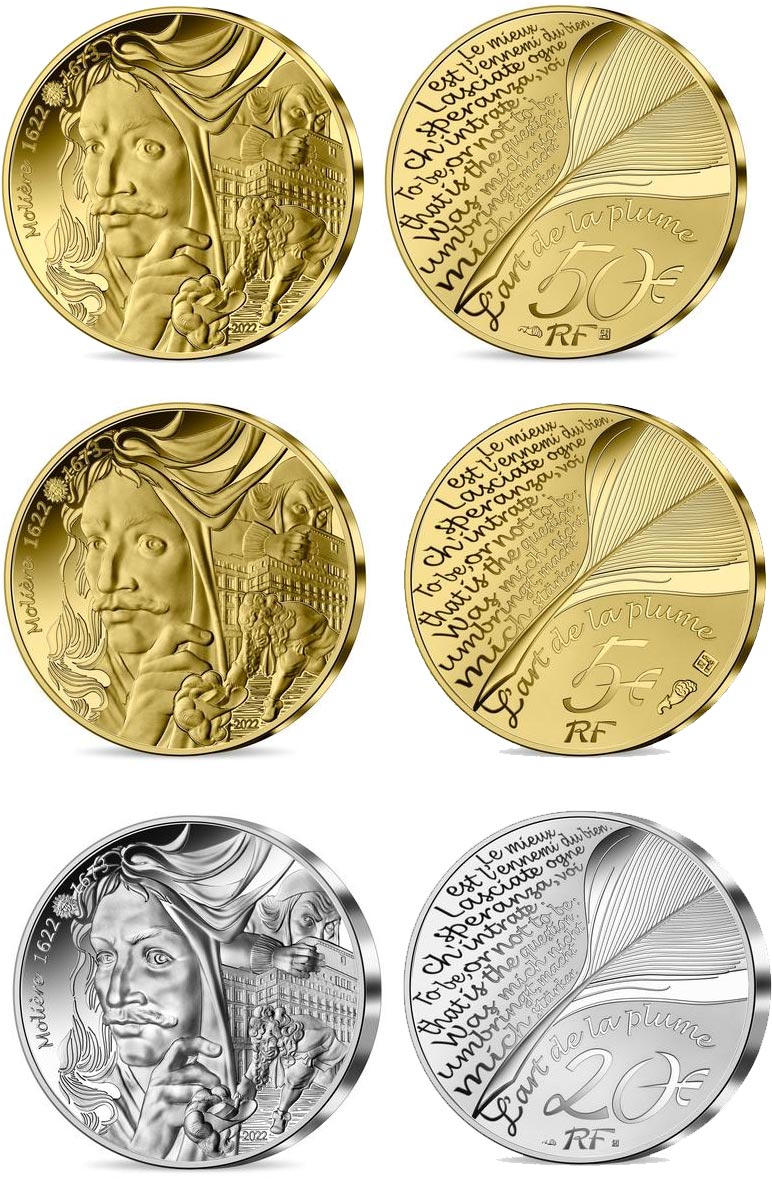