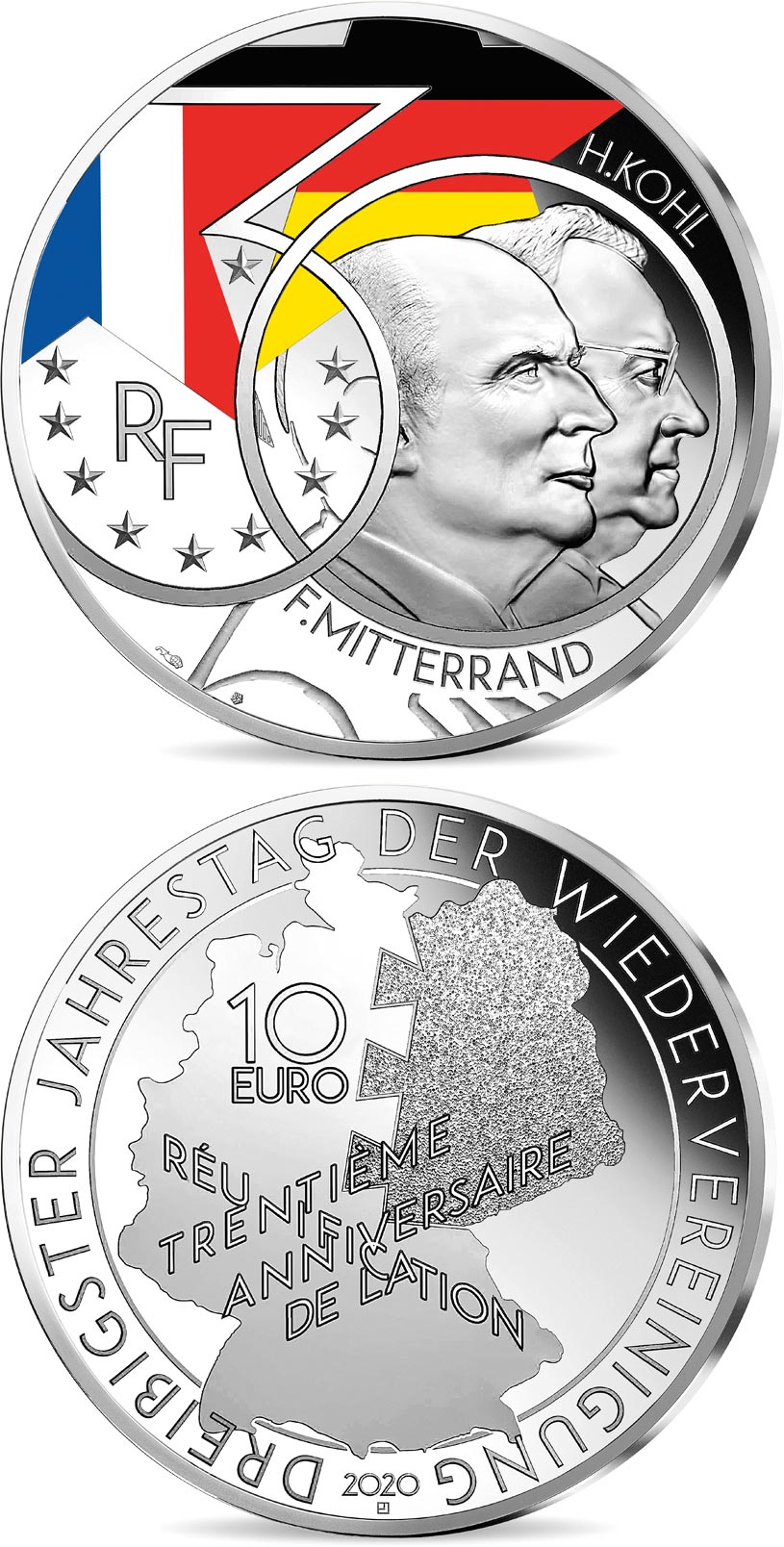 On the occasion of the thirtieth anniversary of German reunification, this series highlights Franco-German reconciliation and the close bond which unites Helmut kohl and François Mitterrand, both instigators of a stronger economic Europe. The front of the coin depicts the statesman profiles of François Mitterrand in the foreground and Helmut kohl in the background. Their names are indicated near their profile. The European flag and its 12 stars are represented with the mention RF in their center. Two of the stars of the flag are greatly enlarged in order to represent the French and German flags and therefore to strengthen their role in European construction. The flags are colored on the 10 € Silver and use the heraldic color codes. The reverse of the coins highlights reunified Germany by recalling the border that separated the FRG from the GDR. The words"30th anniversary of reunification" are affixed throughout the territory, as if to seal the unity of the country. This phrase is also mentioned in German around the coin as well as the 2020 vintage. The face value of the coin is depict in German territory. 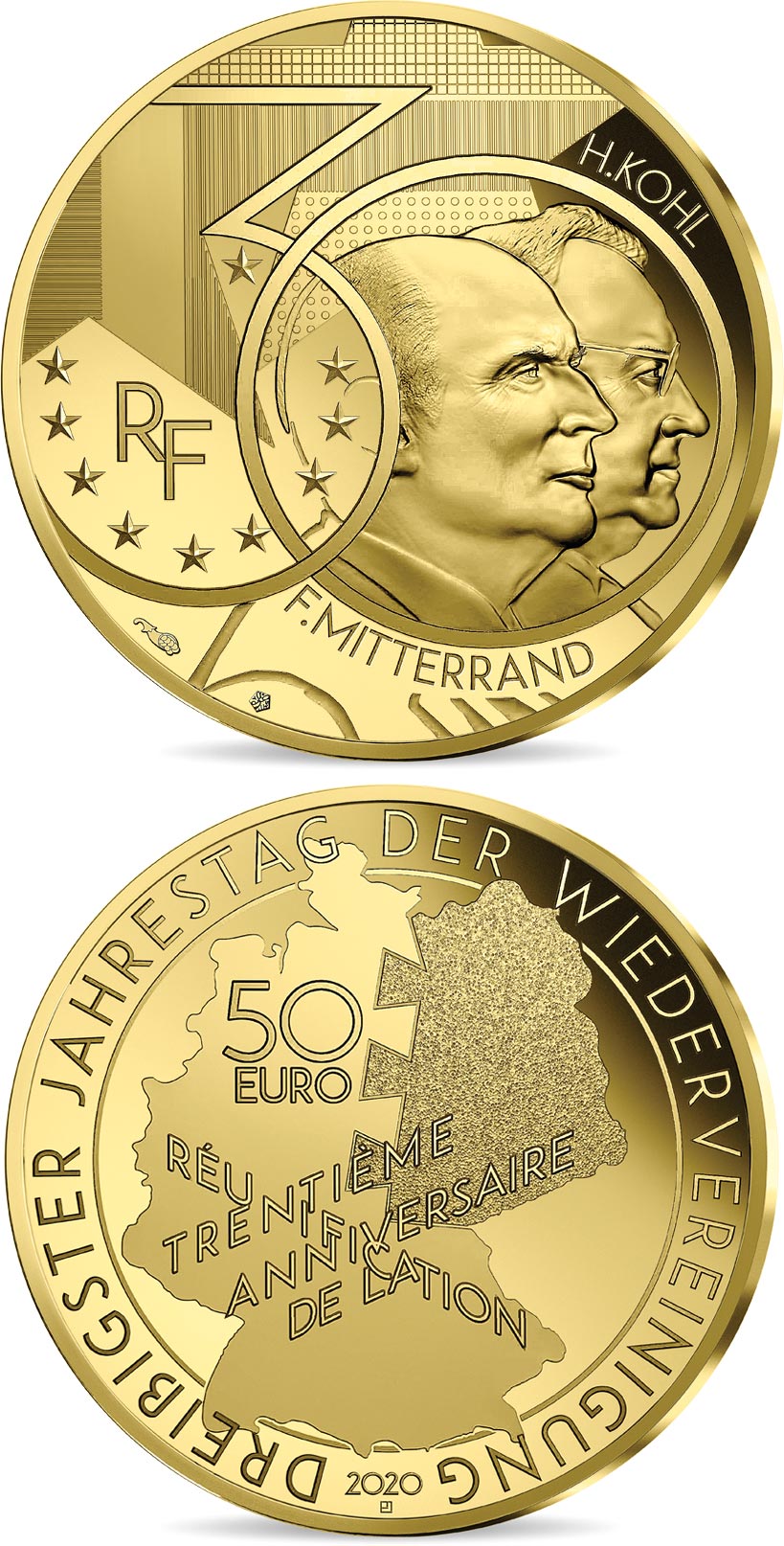