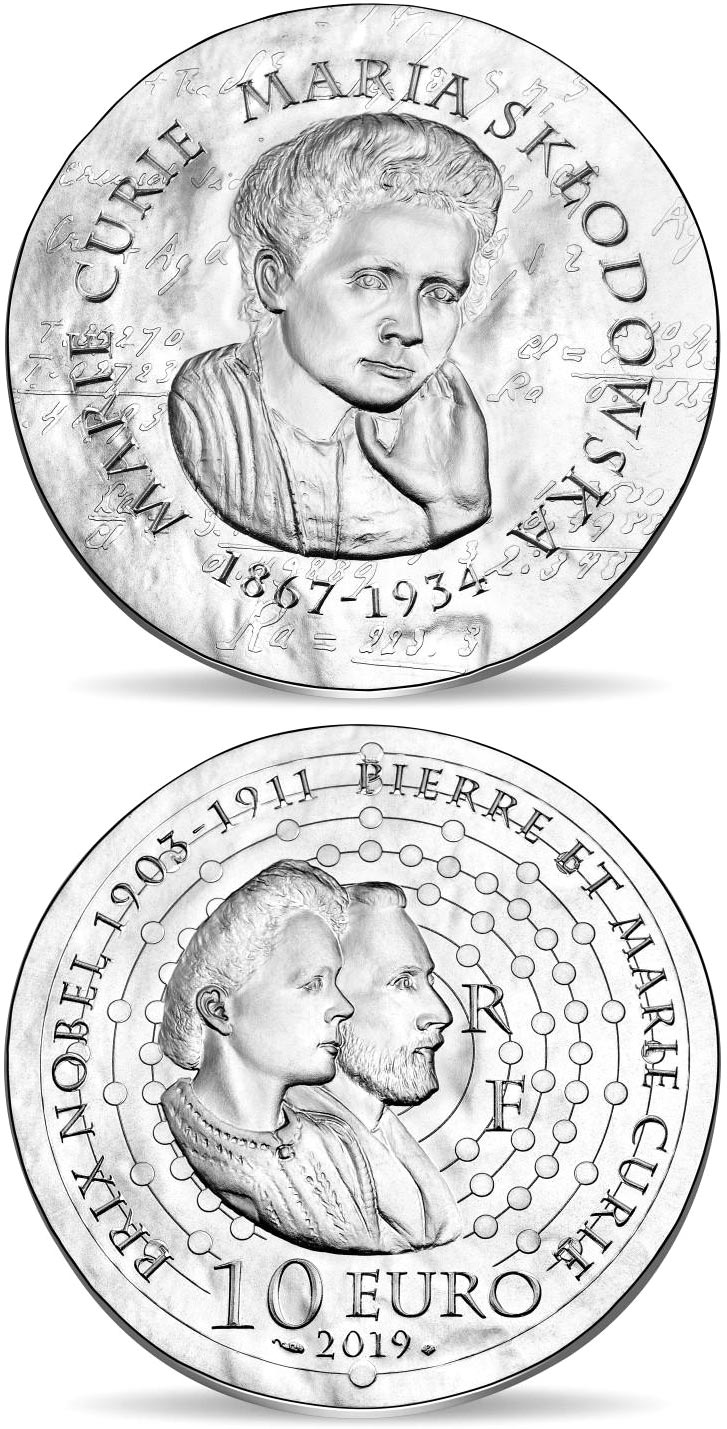 This series’ coins highlight the women who marked France’s History. Through their portrait and the significant events of their life, Monnaie de Paris’ engravers have transcribed those famous women’s personality. Some textures treated as all-over textile patterns appear in the background of the coins. The obverse represents the portrait of Marie Curie surrounded by her double surname and dates of birth and passing away. In the background, the texture is a reproduction of the scientific manuscripts of her works. It includes formulas related to the research that led her to be presented to the Nobel Prize. The reverse represents in the center, the couple formed by Marie Curie and her husband Pierre. They are surrounded by the evocation of the Nobel Prizes she has received; one with her husband in 1903, the second, on her own, in 1911. The background is made of a representation of the molecular structure of polonium, discovery that led her to be presented to the Nobel Prize in Chemistry in 1911.