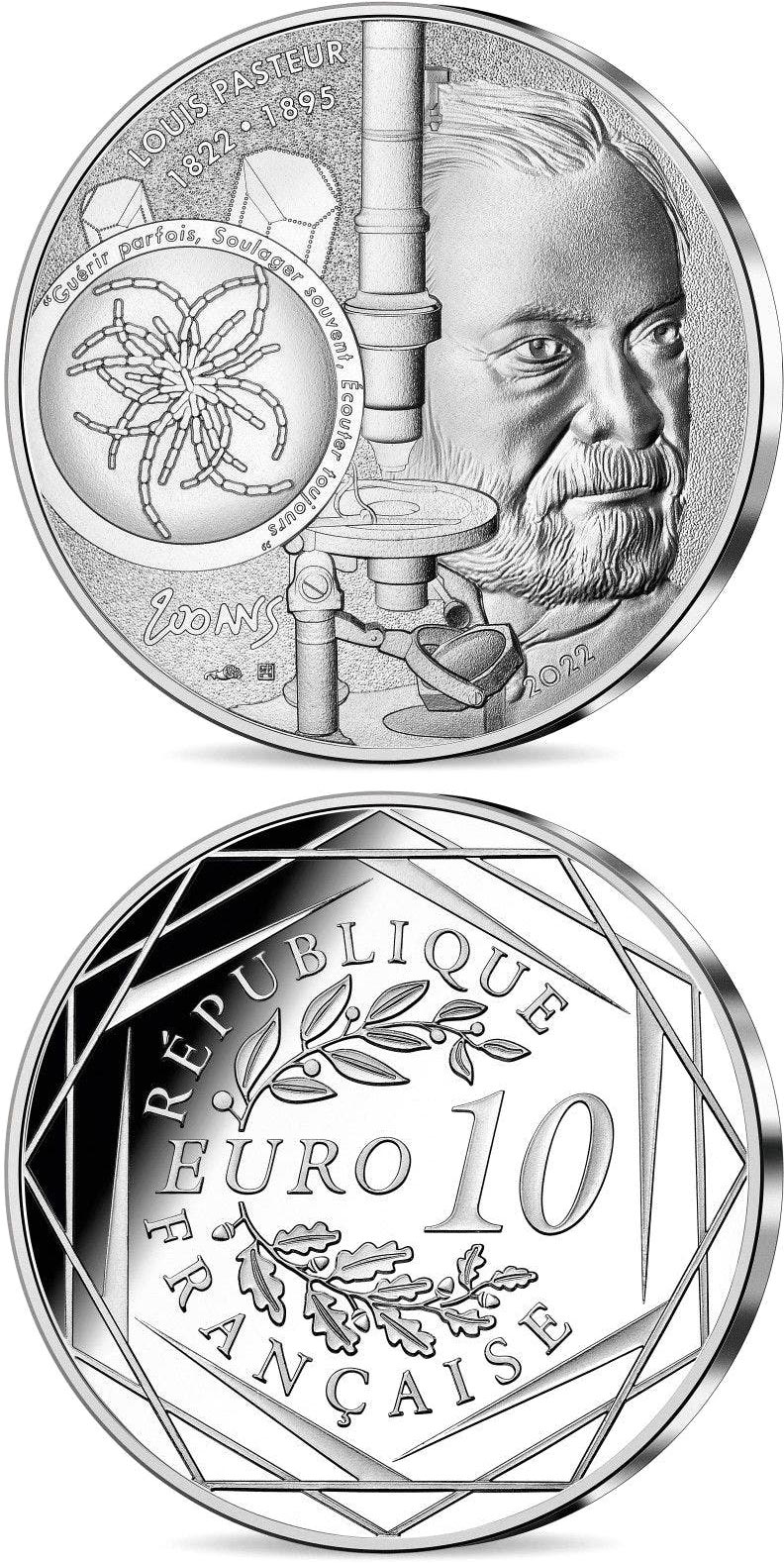 On the occasion of the 200th anniversary of the Louis Pasteur’s birth, Monnaie de Paris pays tribute to him through a collection of 10€ commemorative coins. Renowned scientist, Louis Pasteur left his mark on History with major scientific discoveries such as the first vaccine and the pasteurization process that now bears his name. In partnership with the Pasteur Institute, Monnaie de Paris takes part in the commemoration by donating €1 to the foundation to support research.