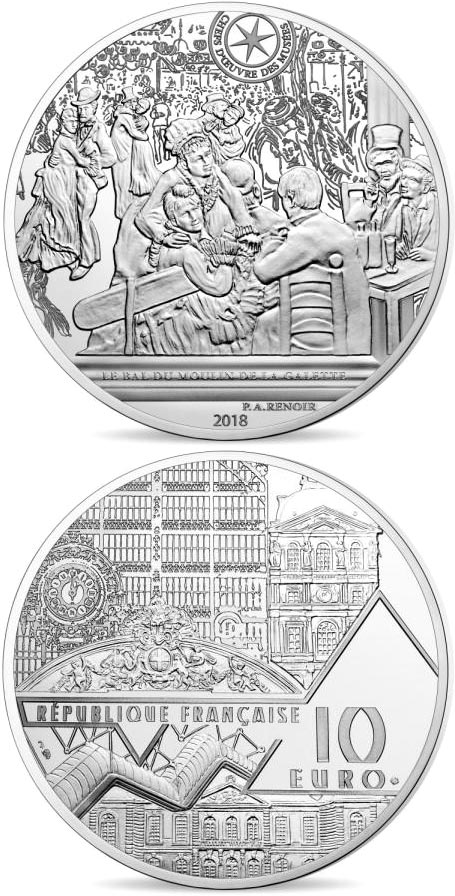 Monnaie de Paris pays tribute to the major masterpieces of French museums. The obverse presents Renoir’s famous piece « Le bal du moulin de la galette” painted in 1876 and is presented in the Orsay Museum in Paris.The painting depicts a typical Sunday afternoon at the original Moulin de la Galette in the district of Montmartre in Paris. We can see on the upper part of the obverse the stamp « Chefs-d’œuvre des musées » that identifies this new series, and on top part, the title of the piece of art. The reverse is common to the series. It depicts several views of many major French museums. An interior view of the Musée d’Orsay, on the top left, is recognizable by its distinctive clock. Beside that is a view of the façade of the Louvre as seen from the Napoleon courtyard where the pyramid is located. Below these two elements, a fresco shows the Hôtel Salé, which houses the Picasso Museum. The lower portion of the reverse side features a view of the façade of Hôtel Biron, the current Rodin Museum, and above, the famous Centre Pompidou stairway. The face value and the words “République Française” are also inscribed on the reverse side.