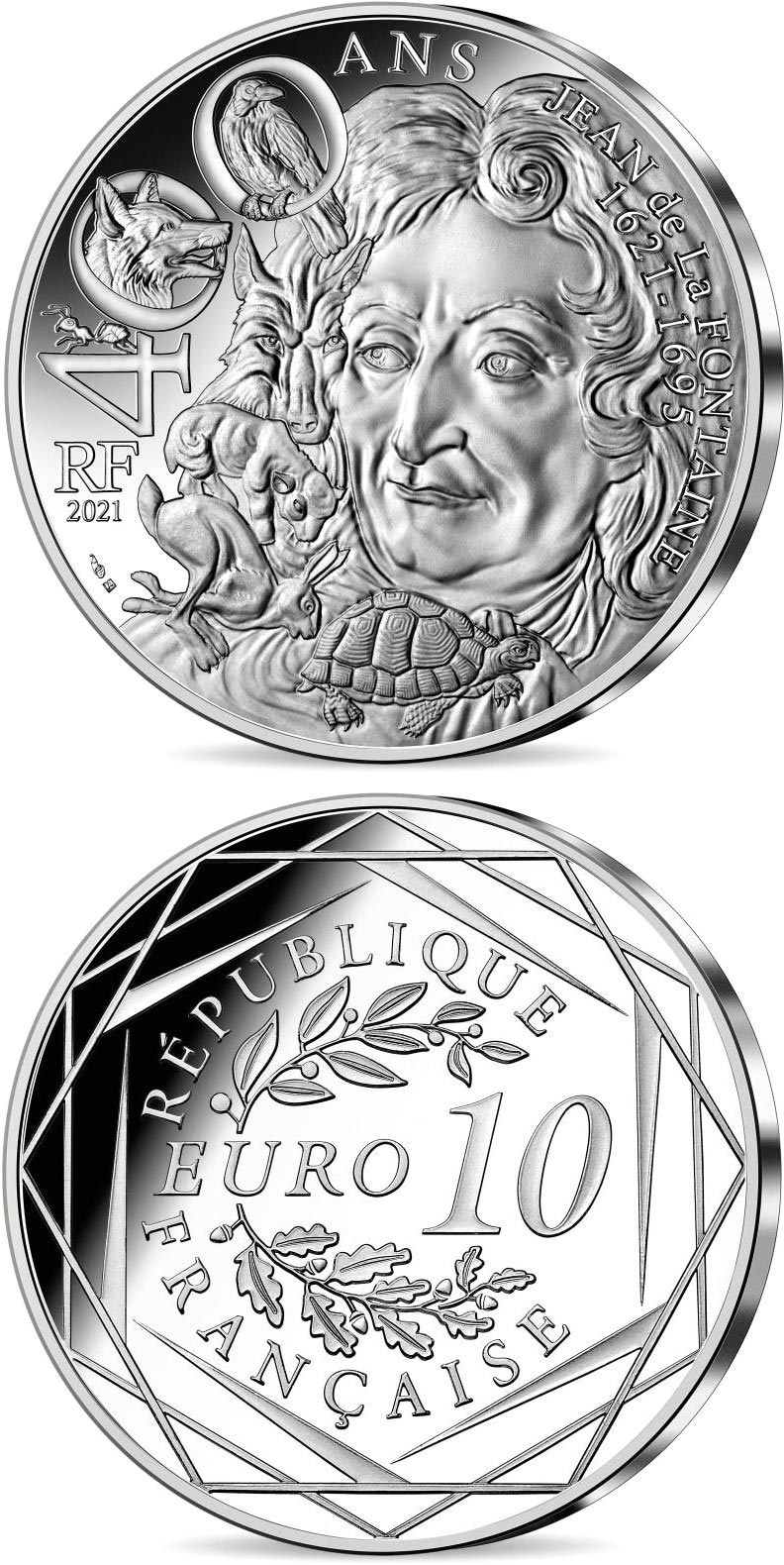 In 2021, Monnaie de Paris is inaugurating a new series based on literary styles and authors who have marked the history of literature in France and abroad. On the occasion of the 400th anniversary of his birth, Monnaie de Paris pays tribute to Jean de La Fontaine, the greatest French fabulist and member of the Académie française. Through his texts, Jean de la Fontaine still fascinates us today by using animals to represent the great traits of human character. Dedicated to the Dauphin Louis of France, Jean de la Fontaine leaves us a literary legacy of more than 250 fables as well as numerous collections of stories and poems. On this side, the engraving workshop of Monnaie de Paris has depicted the portrait of Jean de la Fontaine. The most famous animals of his fables are represented: the raven and the fox, the ant, the wolf and the lamb and finally the hare and the tortoise, thus encircling his face. His name and his dates are engraved on the right-hand side of the coin. The words “400 years” refers to the commemoration in 2021 of the 400th anniversary of his birth.